“There was the unmistakable sound of a barrel being scraped.” 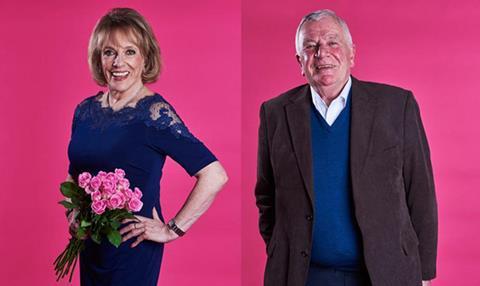 “What’s already a fascinating study of human behaviour becomes even more deliciously awkward when you throw in the inevitable weirdness that comes from matching famous people with normals.”
Isabel Mohan, The Telegraph

“Paralympian table tennis champion Will Bayley’s instant rapport with big-hearted paediatric nurse Jessica was a reminder that the genre at its best can be genuinely heart-warming. But there was still the unmistakable sound of a barrel being scraped.”
Jeff Robson, The i

“Channel 4’s variant on its hit reality show First Dates provided irresistible evidence of a shocking devaluation in the currency of celebrity. Celebrity First Dates was inevitable, I suppose, but it muddied a clear format.”
Andrew Billen, The Times

“The great, great thing about First Dates is that it is designed to work. People who stand a good chance of getting along are put together, then everyone just sits back and hopes some alchemy will happen. It’s not cynical – it hopes for the best, while knowing you can’t force it. Even in an ordinarily bad week it’s restorative.”
Lucy Mangan, The Guardian

“Dipping into The Musketeers halfway through the final series is a bit like stumbling into a trendy east London bar just before last orders: it’s a confusing and overwhelming mess of interchangeable young men sporting edgy beards and topknots. The show already feels past its sell-by date; just a bunch of silly little boys running around haplessly fighting for no discernible reason.”
Isabel Mohan, The Telegraph

“The third series of this sword-swinging, wine-swigging, rotter-skewering drama has turned into something pretty good. There were echoes of Butch Cassidy And The Sundance Kid as Porthos and d’Artagnan holed up in the farmhouse, being blasted by scores of assassins.”
Matt Baylis, Daily Express

“There was more death here than on Doctor Who but it was very well directed by Nicholas Renton.”
Andrew Billen, The Times

“It’s always entertaining to watch acrobatic cats. This show, cobbled together with clips swiped from the internet, was jam-packed with them.”
Christopher Stevens, Daily Mail

“As a critic, I have a duty to complain this was merely stuff you can find on the internet, plus comments from comedians. As a viewer, this is one of the very few programmes that actually lives up to its title. This was just cats making you laugh… out loud.”
Matt Baylis, Daily Express