“This new series got off to an absurdly strong start.” 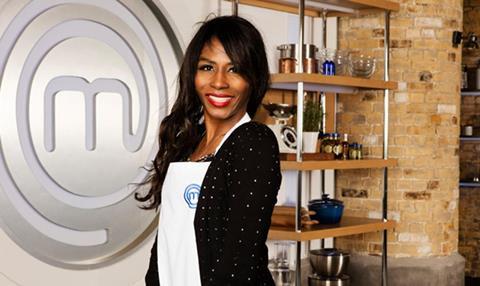 “This new series got off to an absurdly strong start last night. Because, while it may have seemed as if the programme had long since exhausted its box of tricks, it has only just discovered Sinitta. If anyone was born to make John Torode’s jowls wobble with befuddlement, it’s her.”
Stuart Heritage, The Guardian

“Just like jam roly-poly and custard, there is something wonderfully comforting and delicious about Celebrity MasterChef, although viewers will find themselves saying ‘who?’ many more times to come as the contestants are unveiled.”
Claudia Connell, Daily Mail

“The catchphrases are the same and the format is a little tired, but it’s an easy programme to sink into, especially because – in a strange way – the celebrities seem more normal than the regular MasterChef contestants. There was something supremely enjoyable about watching Tommy Cannon do what I do most nights: chuck everything in a pan and see what comes out.”
Chloe Hamilton, The i

“Celebrity MasterChef was as slickly edited and fiendishly engaging as ever. It’s just a shame about the calibre of the ‘celebrities’ and the predictability of the result.”
Michael Hogan, The Telegraph

“Chris Hegedus and DA Pennebaker’s film genuinely took us on what, mercifully, it did not call a journey. By the end, it was not just judge Jaffe conceding he had a point. I bet most of us were.”
Andrew Billen, The Times

“The outcome may have been inevitable but it didn’t make the documentary any less compelling — in fact, many a human would be lucky to have a lawyer as dedicated as Steven Wise in their corner.”
Claudia Connell, Daily Mail

“If the argument was interesting, most of the televised arguments were not. Endless discussions, in and out of courtrooms, rather took the wind out of the story’s sails, so that even though Wise and the chimps got their happy ending, you wished they’d stop monkeying about half an hour before.”
Matt Baylis, Daily Express

“The message seemed to be that anyone can build the house of their dreams on a budget, so long as they hate doors and interior walls and ceilings and convenience and fleeting moments of basic human happiness. This, surely, has to be the dying breath of the television property show, unless, in a fit of inspiration, Channel 4 commissions a series called Sarah Beeny: Upsell Your Ditch.”
Stuart Heritage, The Guardian

“Architect Piers Taylor made all sorts of worthy points about their lack of plans and the dangers of starting before you knew the end point. He also took them off to see a grand modernist build in the city to inspire them to think in new ways. I’d have just taken them down the road to see a typical farmhouse and repeatedly said the word ‘farmhouse’ at them until they got the message.”
Matt Baylis, Daily Express