“It’s not an easy watch. Doucet’s commentary is weighed down with tragedy and horror, an artillery barrage of gloom” 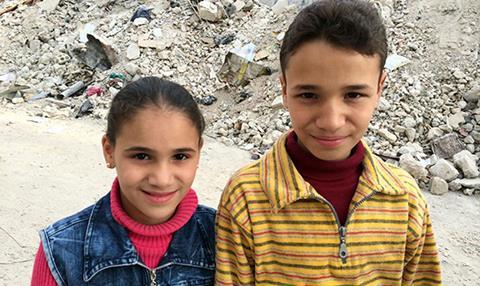 “Television news has been largely ignoring Syria. Perhaps we don’t want to think about it: it’s so hard to know, between a brutal dictator and an extremist insurgency, which side to support. This extraordinary documentary made the answer to that question plain. We have to be on the side of the children.”
Christopher Stevens, The Daily Mail

“There is little let-up in this four-year conflict, and certainly little let-up for the young people who carry its consequences forward.”
Alex Hardy, The Times

“When an 11-year-old starts to sound like a politician, the dissonance is unnerving. Children of Syria, a bleak yet vital documentary on BBC Two, consisted almost entirely of such dissonance.”
Benji Wilson, The Telegraph

“What distinguished Children of Syria was its wider journalistic intentions. If we want to better understand the country and the war, said Doucet, then we must listen to the stories of the children.”
Ellen E Jones, The Independent

“A “war on childhood”, Lyse Doucet, the BBC’s chief international correspondent, calls the war in Syria, though she might easily be talking about Gaza too. It’s not an easy watch. Doucet’s commentary is weighed down with tragedy and horror, an artillery barrage of gloom, every line delivered as if trying to outdo the last in the misery stakes.”
Sam Wollaston, The Guardian

“We all seems hard-wired to believe that, in a fundamental way, everything that was once okay is now not so and in fact it’s all getting worse. Timeshift provided a canny challenge to this lazy thinking, focusing on our national obsession, the weather.”
Matt Baylis, Daily Express

“Presenter Lucie Green is the kind of scientist who likes her facts neatly arranged and docketed. She has always been that way, as she admitted when she produced a childhood exercise book, a weather diary that catalogued temperatures and rainfall during her schooldays.”
Christopher Stevens, Daily Mail

“As much as the impact of extreme weather has now changed — fewer people tend to die from such events — so, seemingly, has our attitude to them.”
Alex Hardy, The Times

“This wasn’t mothers wanting a child to look pretty. They were unable to see a difference between their babies and themselves or playtime and adult time.”
Matt Baylis, Daily Express

“On the evidence of the programme, and with no meaningful stats to back up its central assertion, the baby bling “phenomenon” consists of no more than about 20 people countrywide making their children look ridiculous for their own amusement.”
Benji Wilson, The Telegraph