“The film, despite its locations, lacked visual majesty. I lay back and thought of Theresa May.” 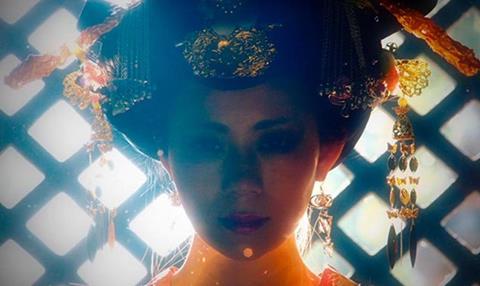 “It’s a terrific story. There was some beautiful photography, and the music was as lush and soaring as the wonderful aerial shots of China’s sacred mountains. What I wanted from this entire documentary, though, was for it to zoom in and give us more detail and depth.”
Emine Saner, The Guardian

“This could have been fascinating, with a strong presenter to tell the story. Instead, we got silent costume drama and talking heads, like a badly made documentary destined for school classrooms.”
Christopher Stevens, Daily Mail

“Dogged by rain and mist, the film, despite its locations, lacked visual majesty. I lay back and thought of Theresa May.”
Andrew Billen, The Times

“I learnt a lot about a period I knew very little of beforehand. And it was fun to see senior historians beaming like kids in Hamleys as they saw the newly-discovered treasures. The only flaws were the over-common Channel 4 tendency to constantly preview what was coming next and recap what had gone before. And the dramatised interludes.”
Jeff Robson, The i

“Producer and director Stephen Finnigan must have been delighted to have such a story at his fingertips. Yet China’s Forgotten Emperor failed to enthral. For all the dusty artefacts that have been unearthed, 1,300 years after her death there still wasn’t much that could be said, definitively, about this most enigmatic empress.”
Gerard O’Donovan, The Telegraph

“The whole series has failed because nobody at the BBC understood why, at its height five or ten years ago, Top Gear was so great. Evans, LeBlanc and their innumerable sidekicks tackled childish challenges, tested earsplitting supercars, and raced across glorious landscapes — but they did it all so fervently. Top Gear has become so pompous that it disappeared up its own exhaust pipe.”
Christopher Stevens, Daily Mail

“Mr Chips, the suppository-shaped robot, is still clinging on to his starring role like an ageing favourite actor of an auteur director, but you can almost feel his desperation as he is forced to act out ‘message in a bottle’ in the computer-generated animation for what must be the millionth time.”
Emine Saner, The Guardian