“It’s one of those extraordinary performances, like Julie Walters as Mo Mowlam, when an actor does more than play a real character; she becomes her.” 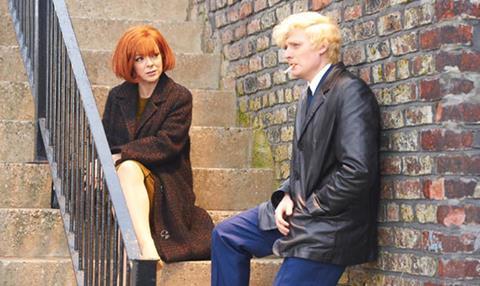 “A good biopic is like a clever cover version of an overlooked song, reminding you of its original brilliance while bringing fresh attention to the details. Cilla managed this, lovingly excavating the early years of Cilla Black in the process.”
Bernadette McNulty, The Telegraph

“Sheridan Smith makes sense as Cilla because both women are talented performers whose lovable, down-to-earth personalities disguise an unswerving/hard-nosed ambition. If there are any criticisms to be made of Jeff Pope’s warm, funny script, it’s only that it somewhat diminishes this essential ingredient of success by turning it into a romantic-comedy plot point.”
Ellen E Jones, The Independent

“It’s one of those extraordinary performances, like Julie Walters as Mo Mowlam, when an actor does more than play a real character; she becomes her, to the extent that it’s hard for the viewer not to forget they’re not actually watching a young Cilla Black. Also the singing – which she does herself – is brilliant.”
Sam Wollaston, The Guardian

“Cilla is still the nation’s favourite auntie, and if Sheridan’s performance hadn’t captured all that cheeky charm, this whole production could have been as ill-judged as a stripper at a wedding. Instead it was a triumph, and she hasn’t even done Anyone Who Had A Heart yet.”
Christopher Stevens, Daily Mail

“Jeff Pope’s script keeps us smiling even as we wait for something to actually happen. So, yesterday, did Sheridan Smith, who needed no prosthetic nose to become Cilla. She is an extraordinary actress.”
Andrew Billen, The Times

“It’s a perky innocent story, with appearances from assorted Beatles and Bian Epstein and cracking tunes sung by the lead actress. There are a few ‘surprise, surprise’ moments but it’s touching and warm, and there’s a lorra lorra laughs too.”
Matt Baylis, Daily Express

Traders: Millions By the Minute, BBC2

“Traders: Millions By the Minute wasn’t as much like Martin Scorsese’s The Wolf of Wall Street as I’m sure we’d all have preferred it to be. BBC2’s new two-part documentary about the lives of stock market traders was much more concerned with the motives underlying their behaviour than the cut of their designer suits or the purity of their cocaine.”
Ellen E Jones, The Independent

“Their job, once based on years of market knowledge, sharp instincts and human understanding, has now become complicated by algorithm-crunching computers, facelessly beating them to every trade. They were men clearly on the way out and, funnily enough, I actually felt for them.”
Matt Baylis, Daily Express

“With an excellent young cast, including a Rizzle Kick. It’s a reminder that rural Britain isn’t just about Springwatch, but young people live here too. And there’s even less to do. I may be too old for it, but I’m hooked on Glue.”
Sam Wollaston, The Guardian