TV Critics: Countdown to Life; All Change at Longleat; In Case You Missed it; The Gadget Show; Britain as seen on ITV

“An extremely enlightening watch and one that makes you realise just how incredible life really is.” 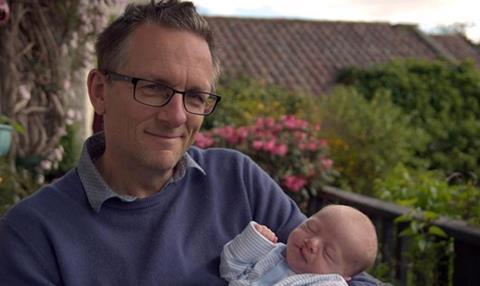 Countdown to Life: The extraordinary making of you, BBC2

“Countdown to Life once again proved to be an extremely enlightening watch and one that makes you realise just how incredible life – and the process of creating it – really is.”
Amy Burns, The Independent

“Dr Mosley was passionate about his material — there was no eye-rolling, no ironic jokes, just reverence for his topic, which was simultaneously simple and profound. Material as strong as this could easily have filled a much longer series.”
Christopher Stevens, Daily Mail

All Change at Longleat, BBC2

“This show’s got roaring lions and eccentric aristocrats and a host of human stories alongside the businessy one. It is what all the other shows of this type ought to have been but weren’t because the business was too boring, the location too ugly or the people just not that inspiring.”
Matt Baylis, Daily Express

“Radiating a dotty charisma, Lord Bath ought to have been the central attraction of the show, the original Lion of Longleat, but we barely heard two sentences from him. A skilled interviewer might have got the old bird to chat indiscreetly for hours, but this team seemed more adept at making their subjects clam up.”
Christopher Stevens, Daily Mail

In Case You Missed it, BBC2

“It was the same gag dozens of times. It felt less like new comedy from BBC2, more like something a young man would create in his bedroom and upload to YouTube. The difference being no one pays a licence fee to watch YouTube.”
Matt Baylis, Daily Express

“It’s the friendly, magazine approach that makes it so watchable, I think. There’s no elitism in its coverage, nor is it so dumbed down for the broadest audience. It’s more light than fluffy and it felt honest, like a pub chat.”
Rebecca Nicholson, The Guardian

Britain as seen on ITV, ITV

“Talk about cheap television. It was as if once they’d gone to the effort of finding the footage, no one could actually be bothered to do anything with it.”
Amy Burns, The Independent