TV Critics: Countdown to Life; All Change at Longleat; Six Degrees of Separation 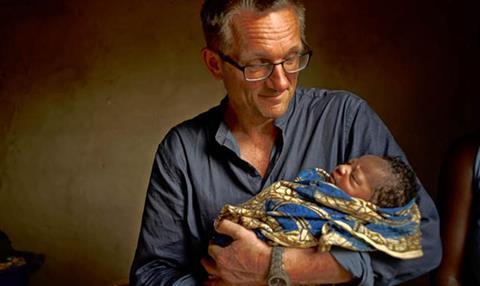 Countdown to Life: the Extraordinary Making of You, BBC2

“This could so very easily have descended into distasteful freak TV. But Mosley treated his subjects with such gentle, scholarly care that you didn’t feel they were being taken advantage of. You never laughed at them; you just ended up thanking God you passed those intensely precarious eight weeks with fingers, teeth and heart in the right place.”
Harry Mount, The Telegraph

“It was a bit schools-series with a dash of freak show thrown in. Mildly interesting, mildly edifying. Born a touch prematurely, perhaps.”
Sam Wollaston, The Guardian

“Every case study was mesmerising. Mosley was both charming and compelling. If ever there was a man who loves his job, this was he. And if ever there was a time to rally against proposed cuts to the BBC, it’s on the strength of programmes like this that the battle should be fought.”
Amy Burns, The Independent

“The programme might have triumphed if it had grappled with the science. We didn’t need a dozen wonderful examples to prove the point. What we wanted was to have the mechanism explained to us. You wondered perhaps if the lab stuff was still so poorly understood that no one dared to venture an opinion.”
Matt Baylis, Daily Express

All Change at Longleat, BBC1

“The problem with All Change at Longleat was that the new generation of aristocrats is just far too normal to make good telly. A documentary about Lord Weymouth was like a documentary about Saffy in Absolutely Fabulous, when you really wanted one on Edina and Patsy.”
Harry Mount, The Telegraph

“There are moments when you almost warm to Ceawlin (pronounced Sue Ellen). A shame, then, that he has chosen to hike village rents to commercial levels, forcing many long-time residents and farmers out. This has clearly caused more anguish and hostility than the programme wants, or has been permitted by the family, to acknowledge.”
Sam Wollaston, The Guardian

“The Longleat story was strangely subdued. Lynn Alleway’s film talked about the feud between father and son; yet hardly touched on that between the mother and Ceawlin’s new wife, Emma — apparently on racial grounds.”
Alex Hardy, The Times

“Forty minutes in to All Change At Longleat, the show had lost all interest in what it was supposed to be doing and had wandered off, like a bored child on a National Trust tour. This was dire stuff. And yet the good material was there, just waiting to be plucked.”
Christopher Stevens, Daily Mail

“With forced jokes, a string of sickening introductions and a scoring system harder to fathom than the imaginary Bamboozled game show in Friends, the BBC set about desperately trying to make science ‘cool’. If only the schedulers had talked to one another they might have realised they had just done that with Countdown to Life an hour earlier, and Six Degrees of Separation could have been left where it belongs – somewhere near the cutting-room floor.”
Amy Burns, The Independent

“Something didn’t quite hang right, and it was probably some jumpy editing, and Professor Brian Cox’s slightly awkward hosting, which might settle during the series. I doubt he’ll stop awarding points on an almost arbitrary basis though. Maybe that’s what jarred: this is a show about science, for which the scoring system is almost entirely unscientific.”
Alex Hardy, The Times