“If Casualty and Holby are medical drama administered by drip, this is television defibrillation with a triple shot of adrenaline in the arm at the same time.” 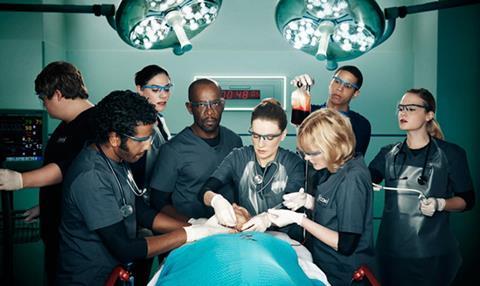 “The new medical drama from Jed Mercurio is a brilliant instance of committed, focused programme making. Set in the pressure cooker of a hospital trauma theatre and told in real time, Critical is almost uniquely intense viewing. It delivers in every way.”
Andrew Billen, The Times

“If Casualty and Holby are medical drama administered by drip, this is television defibrillation – charging, three, two, one, BOOM! – with a triple shot of adrenaline in the arm at the same time, while Jed pumps away at your chest. At the end, I felt I’d really been put through something, absolutely shattered, but also very much alive.”
Sam Wollaston, The Guardian

“Critical eschews the soapy storylines of Casualty in favour of nitty-gritty procedure and medical jargon that is entirely incomprehensible to a layman, but this only makes it more compelling. True, Mercurio’s surgical take on the medical drama doesn’t quite expurgate all those cancerous clichés but who cares when they’ve been sewn back together with such flair?”
Ellen E Jones, The Independent

“I hate to be, ahem, critical of Critical because this was boldly boundary-pushing, especially in a genre as stale as medical drama. But it should have introduced its star earlier and started with a bang rather than a pop. Still, it certainly means it’s worth turning into “the Golden Hour” again next week.”
Michael Hogan, The Telegraph

“Immigration Street was not the documentary that Love Productions set out to make; it was much better. Instead of yet another series about the impact of immigration, we had a single hour on a topic that’s much more germane: how the media’s framing of immigration impacts on real communities.”
Ellen E Jones, The Independent

“A few questions. Did Channel 4 not realise how alarming the show’s title might be following the Benefits Street rows? Which is the more toxic term in 2015, “benefits” or “immigration”? And have we identified here a whole new form of racism, its victims the media tribe? Derby Road could take the Indians, the Poles and the Somalis. It was the influx of cameras that sent them nuts.”
Andrew Billen, The Times

“If it’s a victory, it’s a hollow one. There are no real winners. Not Derby Road, certainly. And there’s further irony there, that what could have been a series that went beyond the headlines and the rhetoric and showed a multi- ethnic community in a sympathetic light ended up turning so ugly. It probably still says something about Britain today, but I’m not entirely sure what.”
Sam Wollaston, The Guardian

“Portas, an enemy of the high street chain store, transformed it into a copy of the cool, indie-run food stores you now find all over the South East. Swapping one form of samey dreariness for another, you could say, without the risk of salmonella.”
Matt Baylis, Daily Express

“Britain is a nation of shopkeepers, claimed Napoleon. If the shopkeepers from Hallmark Foods, a convenience store near Slough, had turned up to fight alongside Wellington at Waterloo, we’d all be speaking French and smoking Gauloises today. The laziness and foul-mouthed bickering of the staff revealed was horribly typical of modern British manners.”
Christopher Stevens, Daily Mail