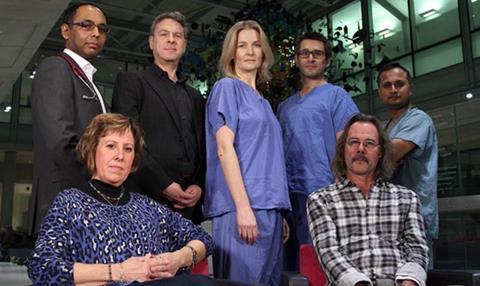 “There are tears at times. But the overall mood of the programme is not one of gloom. It’s fascinating, hopeful, touching, and even funny.”
Sam Wollaston, The Guardian

“Brian Woods’s film was the happiest documentary I have ever seen on the subject. This gentle film — even its CGI graphics were somehow modest and unfrightening — was like sunlight itself.”
Andrew Billen, The Times

“This was the rarest of televisual feats: an optimistic documentary about cancer. Rightly, the fascinating scientific breakthroughs were allowed to dominate. For one hour, at least, hope about the future of cancer treatment finally triumphed over our fears.”
Tom Rowley, The Telegraph

“Despite the hope in the title, many of us would rather have switched off. I wouldn’t blame anyone for that. I would say, however, that they missed some good news, told through engaging and heartwarming human stories.”
Matt Baylis, Daily Express

“Trust Me, I’m A Doctor lacked passionate intensity, but crammed plenty of nuggets into the first hour-long episode of the returning series. It was good to know that a blast of sunshine in your lunchbreak is good for you… not that it’s much help in October.”
Christopher Stevens, Daily Mail

“The kind of popular topics you’ll frequently find on the Daily Mail health pages (I’m told), turned into television. I’d be surprised if the health benefits – or not – of a glass of wine and a cup of coffee weren’t tackled in one of the coming episodes.”
Sam Wollaston, The Guardian

“The IQ level of the contestants on The Apprentice has hit an all-time low this year. By increasing the number of candidates inevitably the overall intelligence of the teams has markedly plummeted. At least a good third of the show is now spent watching people nonsensically shouting over each other.”
Neela Debnath, The Independent

“What the format most needs now is its own apprentice: someone – anyone – with a fresh idea. The second episode not only echoed the arc of Tuesday’s first instalment, but that of every single episode ever made. At times, it felt like I was watching a repeat.”
Tom Rowley, The Telegraph