TV Critics: Cyberbully; Brooklyn Nine-Nine; The Super-Rich and Us; The Man in the High Castle; Death in Paradise

“Ben Chanan and David Lobatto’s Cyberbully should be shown in schools, and staged at the National Theatre.” 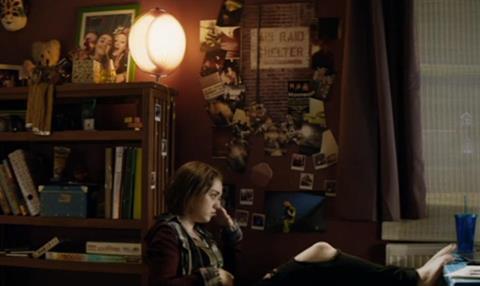 “The [Channel 4 documentary] department last night delivered Cyberbully, essentially a one-woman play about trolling. It is fortunate that the real drama department in Horseferry Road has some strong stuff coming up, for this was terrific: tense, intelligent, terrifying. Ben Chanan and David Lobatto’s Cyberbully should be shown in schools, and staged at the National Theatre. See them in Tinseltown.”
Andrew Billen, The Times

“The story was a miniature melodrama, mostly a two-hander played between Casey and the electronic voice issuing from her screen. But by the time she snapped shut her screen and tore open the bedroom door, it seemed more like a morality play — a warning against the temptations of living life through the internet.”
Christopher Stevens, Daily Mail

“Between the two main actors and the directorial torque applied, it’s a desperately sad, fantastically menacing, wholly destabilising hour that provides an inescapably dreadful sense of the power of the internet to magnify and enshrine what once were experienced, if you were merely moderately lucky, as the casual, fleeting cruelties of childhood.”
Lucy Mangan, The Guardian

“A fictionalised composite of real-life cases, Cyberbully had plenty going for it. The horrible ring of truth, for one thing, with Casey’s own home turned into a bona fide torture chamber, and Williams very credibly carrying the entire 80 minutes.”
Mark Monahan, The Telegraph

“This was a one-off feature-length drama on Channel 4 about almost everything parents don’t understand: their own children, the internet and what happens when the two come into collision while you’re downstairs cooking supper. That was the underlying menace of Cyberbully – your kids are locked up in their rooms tapping away and you haven’t the slightest idea what they are doing.”
Benji Wilson, The Telegraph

“Cyberbully’s script cranked up an impressive amount of tension in only an hour of screen time and also made some thought-provoking suggestions. Was Casey the cyber-bullied or the cyber-bully? And are such distinctions even useful in an online world where exposure to trolling, slut-shaming and other new media nasties is the price of entry?”
Ellen E Jones, The Independent

“A mean comment from a former boyfriend plunged the schoolgirl into a nightmarish scenario of control, deceit and retribution which, despite never leaving Casey’s fluffy and star-spangled bedroom, was breathlessly engaging to the end.”
Matt Baylis, Daily Express

“At first glance Brooklyn Nine-Nine looks like a vehicle for the Saturday Night Live comedian Samberg but it’s much more an ensemble comedy. It’s the chemistry between the characters that makes this daft send-up of Seventies cop comedies worth watching. This season opener came with enough witty one-liners to reassure fans that it hasn’t lost its fizz and, having looked ahead at future episodes, I can safely say that the best is yet to come.”
Catherine Gee, The Telegraph

“New York’s police department has faced a media onslaught in recent months, but Brooklyn Nine-Nine doesn’t care about that. This is a world of slapstick muggers, where an undercover cop can infiltrate the mafia by joining in at a gangster karaoke night. Try it — and don’t pretend you’re too grown-up to laugh.”
Christopher Stevens, Daily Mail

The Super-Rich and Us, BBC2

“I daresay there is a Conservative counterpoint to Peretti’s delicately-worked hypotheses and comprehensive coverage and interpretation of events. I’d love to hear it. Because so far it just looks like bullying and victimisation on a grand scale and nothing left to do but hope enough people have strength left to hold their pitchforks when the time comes.”
Lucy Mangan, The Guardian

The Man in the High Castle, Amazon

“The Man in the High Castle, based on the great science-fiction writer’s Philip K Dick’s novel about America after an Axis victory in the Second World War, boasts Ridley Scott as executive producer. The result is a stylised and stylish portrait of America after it has been partitioned into a Greater Nazi Reich and the Japanese Pacific States of the West Coast. This is a pilot that deserves a series, but as ever with Amazon, the customer will have a major say in whether that happens.”
Chris Harvey, The Telegraph

“This instalment’s plot wasn’t bad, [Kris] Marshall and [Sara] Martins make an engaging will-they-or-won’t-they pair and, well, everyone loves a palm tree. It’s tame to a fault, though, with much of the peripheral dialogue almost comically stilted. Indeed, seldom even in Midsomer has murder ever looked so cosy.”
Mark Monahan, The Telegraph