TV Critics: Danny and the Human Zoo; An Evening with Harry Enfield and Paul Whitehouse; The Catch

“The rags-to-riches story is a familiar one, but seldom played out with such enormous warmth and charm.” 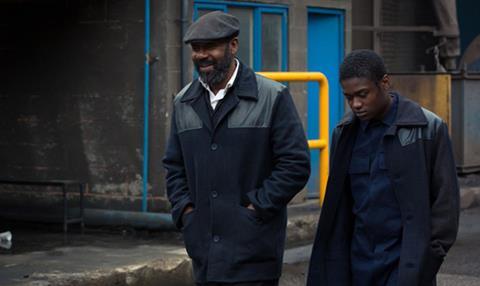 Danny and the Human Zoo, BBC1

“The rags-to-riches story is a familiar one, but seldom played out with such enormous warmth and charm as Danny and the Human Zoo. Kascion Franklin was sensational as the Henry proxy Danny Fearon, just as much a discovery as Henry was himself in the 1970s, and leading a roll-call of wonderful performances.”
Gabriel Tate, The Times

“Danny and the Human Zoo was a moving and amusing attempt to reveal the depths that might have lurked within a young man who, for many, has become a serious figure only in later life. Chiefly, it cannot be ignored, that even this drama, directed rather beautifully by Destiny Ekaragha, was commissioned partly to redress the lack of black new faces on the television.”
Tom Peck, The Independent

“We are now used to bio-dramas on stars from the era such as Fanny Cradock or Hattie Jacques. Lenny Henry realised that a film about a black youth in largely white Dudley would have far more interest as a fantasy autobiography. On the whole it worked.”
Christopher Howse, The Telegraph

“Danny And The Human Zoo was full of bitterness and self-reproach, as if Lenny still can’t forgive himself for stupid things he said and did, and nuances he failed to understand. But it was Franklin, the young star, who really shone, with an array of vintage impressions that must have been learned from scratch.”
Christopher Stevens, Daily Mail

An Evening with Harry Enfield and Paul Whitehouse, BBC2

“In the second half, the whole thing took on a surreal air that transcended the uneasy vehicle. Real criticisms of the whole underpinning of Harry and Paul’s humour were voiced. Yet the devil’s advocate was wrong. Harry and Paul’s spoof public-information film was not misogynistic; their blacking up as Rastas appearing on Dragons’ Den was not like blacking up as minstrels; their Laurel and Hardy version of Brokeback Mountain was not homophobic, but very funny. I hope they make another special soon.”
Christopher Howse, The Telegraph

“The show ended with Enfield and Whitehouse getting pelted with fruit for being racists, homophobes and misogynists. But the people pelting Enfield and Whitehouse were the two men dressed up as their celebrity peers – a fine piece of metacritical self-loathing. As cod-self-flagellatory schtick, it was welcome antidote to this format’s usual ceremony of self-luvviedom.”
Stuart Jeffries, The Guardian

“The Catch was every bit the equal of Educating… or One Born Every Minute. Whereas its distant American cousin, Deadliest Catch, strains to create characters and grinds away to manufacture drama, everything here felt as organic as realistically possible in the tightly edited world of a television documentary.”
Gabriel Tate, The Times