“What was lovely about the journey was that it worked”. 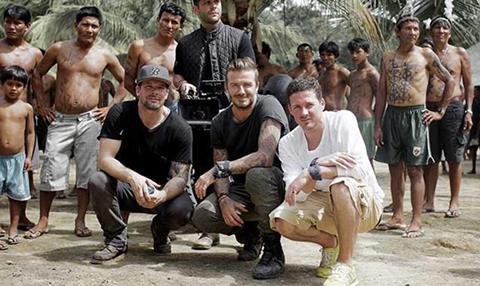 David Beckham: Into the Unknown, BBC1

“What he lacked in IQ, though, he made up for in immense likeability, effortless charm and a childlike sense of wonder”.
Michael Hogan, The Telegraph

“Well he – and this – might be a little bit ridiculous, but it’s also a little bit wonderful too”.
Sam Wollaston, The Guardian

“I might have sympathised more if I hadn’t been left with the suspicion that David Beckham into the Unknown was merely the next phase of his self-marketing strategy”.
Gerard Gilbert, The Independent

“What was lovely about the journey was that it worked — the jungle was a great leveler”.
Alex Hardy, The Times

“Only a hopelessly fame-addicted celeb would want to take a film crew into the back of beyond”.
Christopher Stevens, Daily Mail

“Who watches the watchers? Well, we did for an hour. And they were distinctly annoying”.
Michael Hogan, The Telegraph

“The tenants of these flats get no more privacy than the inmates of a prison. It’s a gross intrusion . . . but it does make good telly”.
Christopher Stevens, Daily Mail

“The film brought whaling uncomfortably close, not just by talking to the men who’d done it but by poking round the places they’d worked”.
Matt Baylis, Daily Express