“You daren’t doze off in front of the telly, in case [Starkey] snatches up a bullet of chalk and hurls it at your head through the screen.” 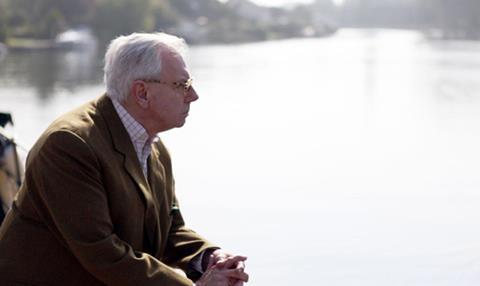 “One grumble, though. An hour to go through all this often felt too little. A feature-length episode or two-part series could have prevented some of this important film from feeling like a set of crib cards on almost a millennium of civil wars and democratic struggles.”
Alex Hardy, The Times

“The story was told with battle re-enactments and pictures seemingly lifted from Fifties children’s books — all scowling monarchs and square-jawed knights. You daren’t doze off in front of the telly, in case [Starkey] snatches up a bullet of chalk and hurls it at your head through the screen.”
Christopher Stevens, Daily Mail

“There was time left at the end for Starkey to deliver a few well-aimed jabs at the current and recent former regimes bent on smashing up those cornerstones and using the rubble as foundation filler for a new authoritarian state. And a few not so well-aimed elsewhere, but, overall the libertarian thrusts went home.”
Lucy Mangan, The Guardian

“The main lesson is that you need to keep a very close eye on the relationship between a state and its people. Have we, he asked, become complaisant about our long tradition of freedom from arbitrary state authorities? Are we sleepwalking towards authoritarianism? Well, if we’re sleepwalking then there can be no better intellectual shock jock than a Starkey rampant.”
Benji Wilson, The Telegraph

“Read between the lines of Starkey’s rather muted presentation and it seems the history of Magna Carta is less the history of a glorious struggle against tyranny and more that of various powerful parties successfully weaselling out of their commitments.”
Ellen E Jones, The Independent

“A programme called David Starkey’s Magna Carta, combining the twin delights of this famous old parchment contract and a presenter who sometimes resembles a fussy schoolmaster didn’t come high on the Baylis family “fun telly” list. But I’m pleased I chose duty over fun, because Starkey was happy on his home turf, zinging with enthusiasm for a subject nowhere near as dreary as it sounds.”
Matt Baylis, Daily Express

“What today’s audiences crave is the Silliest Story Ever Told. That’s what the makers of Broadchurch must think, at any rate, and they are excelling themselves as they cram shovel-loads of stupidity into every cranny of their plot. Any lawyers still watching must feel as if they’re being repeatedly thumped in the face.”
Christopher Stevens, Daily Mail

“In the shadow of Broadchurch series one, like most I’ve found the Sandbrook B-plot at best an irritating distraction, at worst a commercially led contrivance. Well, guess what? Writer Chris Chibnall is way ahead of me. This week, Chibnall finally gave Sandbrook his full attention, and it turned out all that was required to make this B-plot A-grade was for us to go there.”
Benji Wilson, The Telegraph

“I wonder if South Side Story is what Chris Bryant, MP, envisaged when he said he wanted more diverse voices in the arts? True, it’s aimed at people far younger and cooler than me and I hope they like it. But from a detached perspective it feels like a laughably forced pile-up of styles. BBC Three continues to search for its future. I hope it’s better than this.”
Alex Hardy, The Times

“It was the second episode of Sharon Horgan and Rob Delaney’s Catastrophe, which is as scabrous, brutal, deft and immaculately paced, timed and played as Pulling, and as fully staffed with writers (Horgan and Delaney themselves), actors and characters who give precisely zero tosses about anything but that. It is glorious.”
Lucy Mangan, The Guardian