“The channel’s glory days of Survival seem a distant memory.” 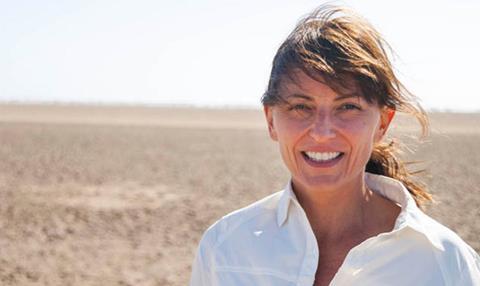 “Like most ITV travelogues, it ended up being about the celebrity and their journey. It was fine as far as it went, but when was the last time the broadcaster put an actual expert front and centre for such a series? The channel’s glory days of Survival seem a distant memory.”
Gabriel Tate, The Telegraph

“If I am being shown some wonder of evolution, like a snake that spends its life buried in sand, then I don’t want the presenter cartwheeling in the background like a needy kid going ‘Look at me!’. Is this show really about life at the extremes of terrain, heat, cold, salt, pullution, whatever or is it about the extremes of Davina?”
Matt Baylis, Daily Express

“The idea of the series is that Davina will roam the world, living in its most inhospitable places, to learn how people and animals adapt to its extremes. Trouble is, she looks as though she’d struggle to cope at an all-in Mediterranean resort if the canapes ran out.”
Christopher Stevens, Daily Mail

“I’m not sure we needed thermal imaging cameras to show us that it was bloody hot but it hammered the point home. Davina’s enthusiasm for the wildlife was genuine and I suppose her presence was this show’s USP, which is fine, but the animals were the stars for me.”
Sally Newall, The Independent

“I like Davina McCall – in Big Brother, The Million Pound Drop, and in the one where they throw celebrities off cold mountains until they break. I like her in this too, she’s good company, and enthusiastic, and funny. But I don’t think Chris Packham has much to worry about.”
Sam Wollaston, The Guardian

“Reflecting perhaps the stasis at 28 Hartnell Avenue itself, the plot this season is less driven than in past years. Greg McHugh as Howard, Zawe Ashton as Vod and Jack Whitehall as JP are on terrific form, but there are moments when the other actors mark time with hammy reaction expressions.”
Andrew Billen, The Times

“The unsaid but obvious message is that Fresh Meat isn’t going to last last for 11 years like Frasier. It’s going to finish quite soon and that’s why I’m not enjoying it. Obvious abandonment-issues, as a psychiatrist would say.”
Matt Baylis, Daily Express