“There is so little to enjoy in DCI Banks. Tompkinson does lugubrious well but he’s let down here by a wan script.” Read on for the verdict on last night’s TV. 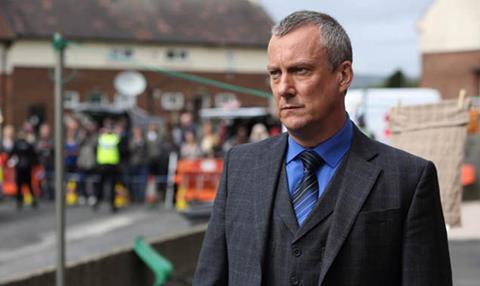 “I am a big fan of the police procedural and I want to like Stephen Tompkinson whenever he is on screen, but there is so little to enjoy in DCI Banks. Tompkinson does lugubrious well but he’s let down here by a wan script, as washed out as the show’s Yorkshire palette.”
Adrian Michaels, The Telegraph

“His name might be up there on the screen, but DCI Banks rather faded into the background in this series three opener. It seems with each passing series Tompkinson’s mildly maverick cop is reverting gradually to type: that nice-guy priest from Ballykissangel.”
Ellen E Jones, The Independent

“Grim cases are fine, provided there’s a counterpoint: warmth among the coppers, joy in their private lives. That exists in Peter Robinson’s novels but the TV version seems to have stripped it all out, leaving only the glowering Tomkinson with a migraine.”
Matt Baylis, Daily Express

“What makes DCI Banks different from other TV detectives is his ordinariness. Stephen Tomkinson plays him with a wistful face, accusatory but not aggressive, like a sheep that has been disappointed in love.”
Christopher Stevens, Daily Mail

“Congratulations to the writers for giving us not ‘escapism TV’  of the Death In Paradise ilk, but more like ‘agoraphobia TV’ – because this kind of barrage of bad things could make you never want to leave the house again. Next week’s second part could only get more terrifyingly zeitgeisty if the criminal mastermind turns out to be Michael Gove.”
Alex Hardy, The Times

“Channel 4’s ludicrous pre-Sochi offering limped to a close with precisely none of the original contestants fit enough to take part in the live finale. When it came to it, the end was a bit of a damp squib.”
Ellen E Jones, The Independent

“Storyville: Mad Dog - Gaddafi’s Secret World was as dense, as informative and as powerful as you might expect of an 80-minute documentary about the Libyan leader; and it was twice as horrifying. It was a masterful portrait of the man and of his rise and downfall.”
Lucy Mangan, The Guardian

“The documentary makers put together an extraordinary cast of usually silent individuals to reveal much for the first time about the workings of Gaddafi’s Libya. But the testimony was never set in context, or challenged, or put in order. Instead of editing, analysis and explanation, we had a jumble of images and a scattergun of speaking voices.”
Adrian Michaels, The Telegraph

“The corpses and torture chambers were not the most gruesome sight. That honour has to go to Tony Blair, then our Prime Minister, grinning from ear to ear as he bear-hugged Gaddafi.”
Christopher Stevens, Daily Mail