“One of the finest films about dying this critic has seen.” Read on for the verdict on last night’s TV. 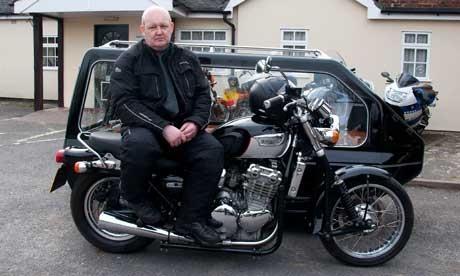 “One of the finest films about dying this critic has seen.”
Matt Baylis, Daily Express

“The film is a lovely one – sensitive, but surprisingly upbeat, jolly even. Celebratory, just as the best funerals are.”
Sam Wollaston, The Guardian

“BBC2’s own terribly named three-parter is basic stuff and comes complete with that pumpty-pumpty music that declares a director has seen the joke and please will we.”
Andrew Billen, The Times

“The interesting thing was that Muslim burial makes something of a virtue of human identity in death, with pretty much every detail specified by religious law and every grave in the cemetery exactly the same. Still, as the single mother recalled with a jolt after she’d quibbled about where she might be placed in the chapel of rest, there’s always one participant who won’t mind either way.”
Tom Sutcliffe, The Independent

“The new season started rather frustratingly… I like Grand Designs more when you end up with something truly interesting and original.”
Sam Wollaston, The Guardian

Be Your Own Boss, BBC3

“Presumably, some idiot had decided that the show needed more ‘jeopardy’, television’s performance-enhancing drug of choice right now. So although there was no prospect whatever of Richard Reed, co-founder of Innocent Smoothies, losing either his fortune or his reputation, they had to pretend it was the case.”
Tom Sutcliffe, The Independent

“The Chief Rabbi bought out the best in the intellectual opponents he interviewed, in particular Richard Dawkins, who scored a direct hit when, as the Rabbi extolled the sense of the Abraham and Isaac story, he mentioned that religious thinkers barely bother to distringuish between the symbolic and the literal.”
Andrew Billen, The Times

“Underneath JR’s act is a sort of geyser of red-hot soap plots involving double and treble crosses and virtually no one being quite who they seem to be. Stories so tangled you can’t help but get caught up in them.”
Matt Baylis, Daily Express