“A hugely entertaining farce, reminiscent of the dead guest episode of Fawlty Towers.” 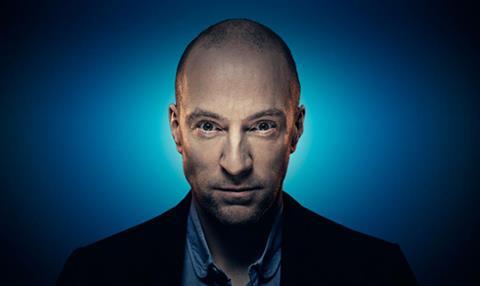 “Derren Brown: Pushed to the Edge was an exceptionally bold experiment from the grand master of mind-games. The plot, if you could overlook the truth of someone being put through what he believes to be a living nightmare, was quite enjoyable. In fact, with its assortment of desperate businessmen, comedy disguises and dead bodies in wheelchairs, it could have made an enjoyable farce.”
Matt Baylis, Daily Express

“Brown’s use of farce makes the grim, knee-shaking ending all the more inappropriate. He needs to decide, which is it? A knowing and often funny entertainment – or a serious psychological experiment in which real people experience horrific things for our and their edification.”
Julia Raeside, The Guardian

“The problem with Brown’s programmes is knowing if they are a trick on us. The participants had all previously replied to Brown’s ad for adventurous volunteers and although each had been ‘rejected’, perhaps on some level they suspected this was a hoax. It was, if nothing else, a hugely entertaining farce, reminiscent of the dead guest episode of Fawlty Towers.”
Andrew Billen, The Times

“Viewers knew the whole set-up was a fictional stunt, but it didn’t make the show any easier to watch. As Chris was put through his morally depraved paces, my stomach churned for humanity. It was either hilarious or toe-curling to watch, depending on how dark your sense of humour is.”
Daisy Wyatt, The Independent

The Secret Life Of The Family, C5

“By the end of the hour-long first episode, we had discovered: teenagers are lazy, the women do most of the housework and small children are messy. Hardly revelatory. The voiceover by Outnumbered star Hugh Dennis was jolly and irreverent, but other than that, The Secret Life Of The Family was an hour-long bore-fest.”
Claudia Connell, Daily Mail

“This latest peek at the lives of others was not as candid as it first appeared. Far from just filming six families as they went about their domestic business, it threw in little firecrackers to see what would happen. Through the lens of the all-seeing camera, we saw every permutation of that timeless struggle between the cleaners and the cleaned-up after.”
Matt Baylis, Daily Express

“VB makes heavy weather of telling us things ain’t what they used to be but better. It is a useful antidote, however, to The Great British Bake Off and the romance of the oven.”
Andrew Billen, The Times

“As programmes go, it is hardly the most original concept, but what made Saved so charming was that, rather than being gung-ho about their actions, the two heroes couldn’t believe they had it in them.”
Claudia Connell, Daily Mail