“A film that was little more than a space-filler.” 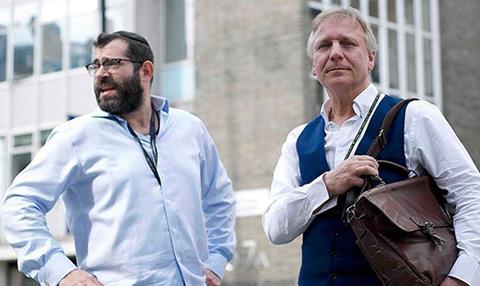 “A film that was little more than a space-filler. It seems that a slew of major sports events is an excuse these days to schedule dross on the channels that don’t feature football and athletics.”
Terry Ramsey, Daily Telegraph

“This glimpse into the life of Hatton Garden glittered with scraps of entertainment. It didn’t try to make a point, but it was fun to watch.”
Christopher Stevens, Daily Mail

“The problem with this film was that it was determined to prove everything in the Garden was lovely. Where were the customers who hated their bespoke necklaces, the spurned suitors who came to return their rejected engagement rings, the traders convinced they had been robbed in a deal? Not here, that was for sure.”
Andrew Billen, The Times

“This delicate human ecosystem had an intricate beauty, but just in case that was ever difficult to appreciate, an unusually lyrical voiceover was there to help. And there you were thinking this was just a cheap-to-make documentary about the jewellery trade.”
Ellen E Jones, The Independent

“If you’ve been loyally tuned to Hugo Blick’s political thriller for the past three weeks, yet still had no idea what the Blick was going on, then last night’s flashback episode was a well-timed mercy. If the ‘honourable’ in Baroness Stein’s title was ever a straightforward descriptor, it certainly isn’t now.”
Ellen E Jones, The Independent

“The series thus far has been breathtakingly good. Blick has written his main character superbly, with skilful plotting and literate yet believable dialogue. And Gyllenhaal has made her come alive in a way that is haunting. In a year that has already given us some superb dramas, this may turn out to be the best.”
Terry Ramsey, The Telegraph

“It’s impossible to fault this show in terms of pace and watchability: every episode rattles along with action film pace and force. It’s only later that you realise the odd bit hasn’t quite satisfied. But it’s still the best thing since sliced bread.”
Matt Baylis, Daily Express

“[Unlike March of the Penguins] no one is going to accuse director Andrew Graham-Brown of being twee. He couldn’t have done a better hatchet job if he’d caught penguins dealing drugs to the cruise ship visitors.”
Christopher Stevens, Daily Mail

“The stunningly filmed Penguin Post Office had it all and it would have been darn near perfect if only its director-producer, Andrew Graham-Brown, had been a little more curious about the women who for five months a year run a tourist-super-serving outpost of the Royal Mail at Port Lockroy in Antarctica’s British bit.”
Andrew Billen, The Times