“This is quietly confident troubleshooting without all the usual concessions to soapy manipulation.” 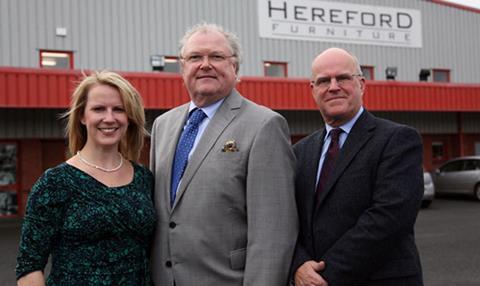 “This is quietly confident troubleshooting without all the usual concessions to soapy manipulation you find in The Apprentice or Mary Portas’s high street ramraids. It’s a tiny but encouraging sign that sometimes TV can still trust itself to keep our attention without waggling the peril in our faces and shouting ‘Bang!’ every five minutes.”
Julia Raeside, The Guardian

“It’s a formula that worked for the BBC’s original ‘troubleshooter’, Sir John Harvey-Jones, back in the early Nineties, but that was before Ramsay’s Kitchen Nightmares and Supernanny’s screaming tots. Mentoring shows in the 21st century require less compliance and more conflict.”
Ellen E Jones, The Independent

“What at first followed a fairly boring format turned out to be informative and charming. Jones himself was likeable, doggedly enthusiastic and well-meaning. It would, however, have been nice to hear more about his corner-shop-to-House-of-Lords rise to fame; and less about his old boys’ network of experts.”
Sarah Rainey, The Telegraph

“Jones, it’s fair to say, isn’t a people person. The Apprentice and Dragons’ Den have shown how much fun the world of business can be on television with the right people in place. Sadly, that wasn’t the case here.”
Andrew Billen, The Times

“Digby Jones: The New Troubleshooter is a serious, boardroom-suited version of business makeover shows such as Mary Queen Of Shops and Ramsay’s Kitchen Nightmares. Baron Jones of Birmingham, a former director general of the CBI, knows his onions and isn’t trying to carve out a career as a TV celebrity.”
Matt Baylis, Daily Express

“Radio 1 DJ Jameela Jamil was credible and articulate but the director struggled to fill the hour with embarrassed teenagers and dry statistics. Instead we saw a lot of Jamil, pounding pavements in a series of hats, gazing up at a jumbotron thoughtfully, or standing Lolita-like next to a poster of a giant, pink, open mouth.”
Julia Raeside, The Guardian

“Jamil was a decent presenter but her methods were lacking, and her conversations with teenagers only scratched the surface of the damaging effects of explicit imagery. This had the makings of a weighty documentary, but failed to reach a conclusion.”
Sarah Rainey, The Telegraph

“It was a documentary that would have been as accessible and informative for parents as well as their children. It was also another positive example of the important role that the youth channel BBC Three can play in educating young minds in a way they understand, which once again proves the folly of axing the channel.”
Andrew Billen, The Times

“It was fronted by a black-clad, shaven-headed hipster who looked as if his dearest ambition was to write about punk for the NME, circa 1977. But this documentary yielded plenty of entertainment — you just had to ignore the spiel and study the nostalgic footage.”
Christopher Stevens, Daily Mail

“Up until now we have associated the word suburb with dulllness, uniformity, petty concerns, pebble-dashed, silent streets. Fortunately here was an antidote: a programme that made the suburbs bloom with colour, life and detail.”
Matt Baylis, Daily Express