“A brilliant and gripping portrait of a marriage slowly being poisoned.” 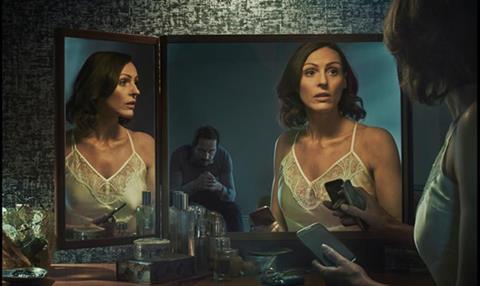 “It’s a brilliant and gripping portrait of a marriage slowly being poisoned. I’m a little fearful that it’s going to descend into melodrama in the not-too-distant future, but with leads and support this good, even if it does, I will probably hardly care.”
Lucy Mangan, The Guardian

“This was compelling, tightly-scripted drama, more in the vein of feature-length psychological thriller Gone Girl than a cosy comedy TV drama. The old green-eyed monster is a common topic in a relationship-focused show, but Mike Bartlett’s naturalistic script, brilliantly delivered by Suranne Jones and Bertie Carvel, was close to the bone.”
Sally Newall, The Independent

“What started out as a soundly-acted tale of a wronged woman rapidly unfurled into hogwash. The next episode will either be good, or it’ll feature alien spaceships, exploding breast implants and a secret tunnel underneath Salford Town Hall.”
Matt Baylis, Daily Express

“The central concept of this drama about jealousy and suspicion in a middle-class marriage was a promising one. There’s enough psychological tension in that set-up to last for weeks. But Gemma escalated from a heightened state of alert to all-out craziness in a matter of minutes.”
Christopher Stevens, Daily Mail

“This is middlebrow drama but the use of Congreve’s The Mourning Bride tells us that its writer, the playwright Mike Bartlett, has ambition for it. Despite the director Tom Vaughan’s over-bright realisation, it invokes dark Jacobean drama, full of violence, intrigue and unlikely plotting.”
Andrew Billen, The Times

“This was tensely intriguing fare. It was reminiscent of Fatal Attraction from the wronged wife’s point of view or the domestic noir novels that have been all the rage since Gone Girl. I’m impatient to see how the story can be spun out over another four episodes and will be making another appointment with Doctor Foster next week.”
Michael Hogan, The Telegraph

“The first two-thirds were wonderful. It was a study in excellence and the beauty of excellence. But the decision to spend the last third on the much less compelling recitation of the facts and figures to which the digital age has reduced – along with so much else – the OS story was a bad one.”
Lucy Mangan, The Guardian

“A Very British Map: The Ordnance Survey Story was one of the archive-heavy Timeshift documentaries that combine nostalgia with analysis to provide near-perfect TV history.”
Andrew Billen, The Times

“This solid but unspectacular episode lacked jeopardy because the outcome was glaringly obvious from the first round, but Perkins and sidekick Mel Giedroyc were on fine pun-slinging, innuendo-flinging form.”
Michael Hogan, The Telegraph

“What was a tasty formula is turning into a monstrous aberration. Everything is becoming coarser, more competitive and critical. Even the daft introductions with Perkins and fellow presenter Mel Giedroyc are getting overblown and brash — they welcomed pastry week with a tasteless joke about armpits. Who wants to hear that on a food show?”
Christopher Stevens, Daily Mail