“There was something distasteful in the way this far from stupid family was guilt-tripped into taking responsibility for their health.” 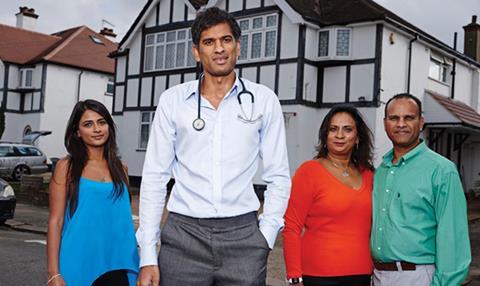 Doctor in the House, BBC1

“While in theory one is in favour of people taking responsibility for their health, there was something distasteful in the way this far from stupid family was guilt-tripped into doing so. Next let’s parachute a teacher into some struggling family and voyeuristically enjoy her lectures on how dad should be supervising his children’s homework and mum should be ‘reading more’.”
Andrew Billen, The Times

“Sandeep and Priti were completely compliant, eager to try anything Dr Chatterjee suggested, which robbed the entire show of its dramatic tension.”
Christopher Stevens, Daily Mail

“Not to be confused with Doctor In YOUR House, which was on Channel 4 on Tuesday. It’s totally different! One dad doesn’t have diabetes yet. And one family has an extra daughter. And … and otherwise it really is the same.”
Sam Wollaston, The Guardian

“All the quizzes, dance contests and role-play were interpreted by the watching scientists in mostly convincing and occasionally revelatory fashion. Just the tonic for the father of a nine-month-old with all this to come. The combination of excitement and terror made it a most exquisite sort of torture.”
Gabriel Tate, The Telegraph

“The youngsters in this hidden camera series are a joy, but the show is ruined by the gobbledegook of the watching doctors, with pompous titles such as ‘developmental psychologist’ and ‘educational neuroscientist’.”
Christopher Stevens, Daily Mail

“The film, admittedly, is amusing to watch and sometimes very revealing. A lot of it, however, was as tedious as the commentary from the psychologists in their bunker.”
Matt Baylis, Daily Express

“I do wonder what their watching parents must be thinking. Oh my God, we thought we had brought up adorable little things, but in fact we’ve created monsters. Cruel, selfish, dishonest, thieving, ghastly little monsters. OK, and maybe a little bit adorable too. And bloody funny – they do make excellent television.”
Sam Wollaston, The Guardian

“Emma Orbach was a remarkable find. Her goats like her, and so do I. Here is someone who has, for whatever reason, decided that she wants out of our way of life, and is making real sacrifices to do so.”
Sean O’Grady, The Independent