“There won’t have been many dog owners watching who didn’t learn something useful.” 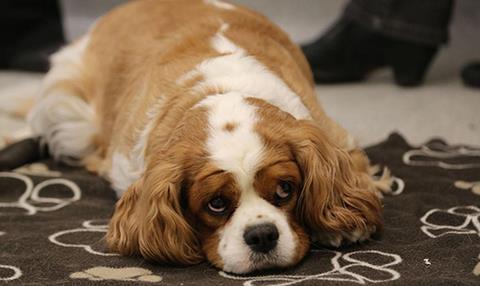 “The best segment in this documentary, the first of three fronted by former RSPCA chief vet Mark Evans, showed laboratory experiments proving that dogs can not only sniff out the treats, they can watch human behaviour and deduce which people are most likely to share their tidbits.”
Christopher Stevens, Daily Mail

“Evans is a TV natural with a keen eye for how to keep us interested. Scattered throughout was solid practical advice: simple body condition checks to try at home or tips on controlling a dog’s food intake by using “slow feeders”. There won’t have been many dog owners watching who didn’t learn something useful.”
Gerard O’Donovan, The Telegraph

“Tuesday’s first episode of Dogs: Their Secret Lives on canine obesity, though, was a step too far – even for someone who, all too often, wakes up to find his own dog nudging him off the pillow. There just wasn’t anything very secret going on.”
John Crace, The Guardian

Worst Place to be a Pilot, Channel 4

“If you can remain relatively detached, then Worst Place to Be a Pilot is a first-rate example of the air-fright-doc genre. The characters were interesting, the scenery breathtaking and the in-air footage jaw-dropping. But it also raised some awkward questions that were allowed to remain unasked. A few answers to these questions in later episodes and this series could turn into compulsive viewing.”
John Crace, The Guardian

“The more adventurous sofa-tourist could have spent last night in remote Indonesia, for instance. That’s the Worst Place to Be a Pilot according to the title of Channel 4’s new documentary series. This title is also the kind that could easily get lost in the TV schedules; it doesn’t at all do justice to the dangerous lives of Susi Air’s daredevil employees.”
Ellen E Jones, The Independent

“Young Vets looked like a collection of home video clips. It was stuffed with basic mistakes — badly framed pictures of animals taken from unflattering angles, and interviews with vet students in noisy rooms while three other conversations went on around them.”
Christopher Stevens, Daily Mail

“All told, it was perfectly acceptable, mildly soporific programming for the early evening time slot. And given the choice between a Shetland pony called Babs suffering gut trouble and having its intestine pricked to release gas and The One Show, I still know which I’d rather watch.”
Gabriel Tate, The Times

“In this animal-loving kingdom of ours such a show was bound to be a hit, not least because the vets in question are almost as engaging as their charges.”
Virginia Blackburn, Daily Express