“This is well done and brave. It feels close to the bone.” 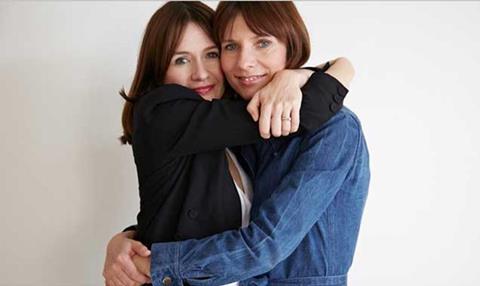 “Doll & Em is low-key comedy with such realistic, unselfconscious dialogue that it seems almost unscripted. What makes it feel so honest and funny is that it hinges on the fact that both Emily Mortimer and Dolly Wells are playing ever-so-slightly-exaggerated versions of themselves.”
Florence Waters, The Telegraph

“At times it’s like eavesdropping on a pair of self-obsessed luvvie types in a Notting Hill restaurant. It’s not lol-a-minute, it’s in-jokey and in-crowdy. It’s self-indulgent. But self-aware too. And at its heart is an interesting and genuinely touching examination of friendship.”
Sam Wollaston, The Guardian

“I love this kind of comedy anyway – naturalistic, socially nuanced, merciless – but this is well done and brave. It feels close to the bone.”
Andrew Billen, The Times

“It would be much more intriguing if it dared scrape closer to the bone. Instead, Doll & Em satirises a Hollywood diva persona that’s already done to death and, in any case, was never really associated with nice-girl Emily Mortimer.”
Ellen E Jones, The Independent

“This is a programme to redefine edgy as the quality of achieving an under-stitch close to the edge of a garment. It is dull material to work with and although one feels the potential in building dapper judge Patrick Grant into a Paul Hollywood, May Martin is no Mary Berry.”
Andrew Billen, The Times

“Like its obvious inspiration, The Great British Sewing Bee successfully mixes good-natured competition with practical tips and sections on history. As for the show’s other stated aim, encouraging viewers to take up needle and thread, the variety of contestants in this series is promising.”
Ellen E Jones, The Independent

“For those of us who aren’t 100% convinced by sewing as spectator sport, the competition – elimination, tears, dashed dreams, all that – is what it’s about. Robbed of that and there’s not much left. Sewing Bee is made by the same people who did Benefits Street. Maybe there should be a TV debate after the show to liven it up.”
Sam Wollaston, The Guardian

“Death In Paradise must be the silliest programme on television. That’s its appeal — escapism, not realism. But it’s so artificial, so staged and forced, that the stories cease to be engaging. To watch it, you’d never guess the cast strayed further than Elstree or Pinewood studios in England.”
Christopher Stevens, Daily Mail