“Don’t Tell The Bride is a fat, flea-ridden, red-eyed rodent of a television programme.” 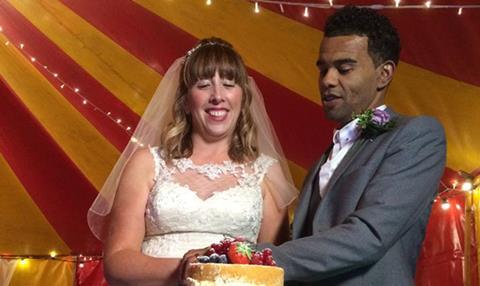 “There have certainly been tweaks to the format, though not enough that a first-timer would spot the newness of it. This is a sweeter, less spiky version of Don’t Tell the Bride.”
Rebecca Nicholson, The Guardian

“At best, this formulaic show is voyeuristic. Worse, it is contrived, to make participants yelp as they limp through burning hoops.”
Christopher Howse, The Telegraph

“The formula remains the same – albeit with a slightly harder tug on the heart strings. We were left with that familiar warm fuzzy glow, the sort that is partly engineered by producers of this sort of show, but something which will keep us coming back for more.”
Sally Newall, The Independent

“It’s a hotchpotch of sentimentality and conforming to gender stereotypes. The audience’s role is to gorge on the factual-entertainment fluffiness and be patronised by endless repetition of the premise, which is recapped by friends and family, by Zoë Ball’s voiceover and even by some shop assistant with a walk-on part.”
Andrew Billen, The Times

“The Interviews proved to be a gentle, old-fashioned show, enjoyable thanks to its subject, but one that may not attract much of an audience beyond the channel’s devotees.”
Sally Newall, The Independentl

Haslar: The Secrets of a War Hospital, BBC2

“Viewers were invited to take a good look at paintings of grapeshot wounds and cannon wounds, of blue-lesioned scurvy legs and chancred poxy faces. This strong meat sat uncomfortably with the jaunty presenting style of Rob Bell, all stubble and skinny jeans.”
Christopher Howse, The Telegraph

“This documentary needed much more legal detail. There was no advice line for buy-to-let landlords who had found themselves in similar straits, or for renters who were getting ripped off, and that ought to have been supplied as standard. But it still made cautionary viewing.”
Christopher Stevens, Daily Mail