“It’s probable that in 20 or 50 years critics will look back and say that this was period drama at its very best.” 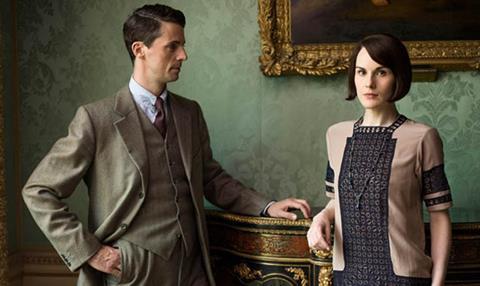 “The sixth series ended its regular outings last night with a feature-length episode that justified its 100 minutes by covering so much ground with its usual confetti of earned sentiment, bad jokes, dodgy plotting and, amid the mix, some of the best character-driven dialogue on television.”
Andrew Billen, The Times

“It was a satisfying, if very abrupt, climax to the poshest soap opera in telly history. Every storyline was tidied away, like toys swept off the table into their box at bedtime. Downton Abbey set a new standard, and it’s probable that in 20 or 50 years critics will look back and say that this was period drama at its very best, often imitated but never bettered.”
Christopher Stevens, Daily Mail

“I haven’t always been 100% positive about Downton Abbey. I’ve said it has sometimes been directionless, no more than a posh soap opera, more Howards’ Way than Howards End. It is a posh soap opera, but it’s a pretty bloody splendid posh soap opera, with the power to move at times. Television will be a dowdier place without it.”
Sam Wollaston, The Guardian

“Dame Maggie Smith herself recently confessed to having never watched an episode of Downton Abbey. If last night’s finale was anything to go by, I can see why. Downton seems mostly to consist of unpleasant people behaving rather unpleasantly.”
Amy Burns, The Independent

“As with last week’s raved-about opening episode, part two contained many visually stunning moments. In making you care for animals who, in real life, would probably eat you as soon as stare at you, the show achieved a poignancy the genre rarely approaches.”
Ed Power, The Telegraph

“Only near the documentary’s end, when an injured chick made it to the sea before a fox got it, did the film deviate from its unannounced intent: to make us side with the hunter, red in tooth and paw, rather than the hunted.”
Andrew Billen, The Times

“Channel 4 struck upon a unique format that appeared to combine a top 10 countdown show with true-life crime and a slice of Banged Up Abroad in one over-long, 95-minute programme.”
Amy Burns, The Independent

“It was like one of those odd Channel 5 programmes where they take a made-up story and pretend that they’re seriously asking how real it was. This looks silly when people discuss Star Trek and Indiana Jones movies. It looked equally silly when a bunch of ex-cons discussed prison and those who serve prison sentences.”
Matt Baylis, Daily Express

“A camp, fetid mess, Jekyll & Hyde would qualify as a guilty pleasure if stumbled upon on the Horror Channel at 2am. As family entertainment, it leaves a very odd aftertaste.”
Ed Power, The Telegraph