TV Critics: Drive; How Not to Do DIY; Bake Off Crème De La Crème

“This is going nowhere and I’d rather sit in traffic.” 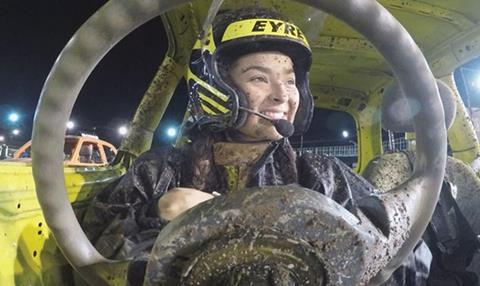 “It was clear the producers knew they were in trouble early doors, as the first five minutes were a breathless series of cut shots of the action that was coming later on. If I had known then that they were actually the entire packaged highlights, I could have saved myself a lot of bother.”
John Crace, The Guardian

“Whether cleb-fuelled like this show or driven by enthusiastic ordinaries, like the BBC’s pitiful Getaway, driving a car cannot be turned from a grim obligation into a glamorous challenge. This is going nowhere and I’d rather sit in traffic.”
Matt Baylis, Daily Express

“Drive can only have been commissioned in a meeting where the phrase ‘car-crash TV’ had come up once too often. Actually, it is perfectly serviceable television, but what is it doing at 9pm? Put it on at 8pm and it would be perfect bonding telly for dads and lads.”
Andrew Billen, The Times

“Drive is unlikely to win any Baftas but was still an improvement on The Getaway Car. It’s just a shame it isn’t aired until 9pm, as schoolboys would relish the bumps, bangs and blokey banter. Chris Evans and Jeremy Clarkson won’t lose any sleep but this was shamelessly undemanding, efficient entertainment.”
Michael Hogan, The Telegraph

“The hope with Drive was to stir up furious competition between celebs with battles on the grid and ruthless overtaking, intercutting that with shots of grim determination on the drivers’ oil-flecked faces. What we got, however, was a rainstorm of mud that obliterated the track and made it impossible to see who was leading.”
Christopher Stevens, Daily Mail

How Not to Do DIY, ITV

“How Not To DIY demonstrated over and over again what happens when stupidity is combined with power drills.”
Matt Baylis, Daily Express

“After about 10 minutes or so, I found I’d had enough and spent the next 50 minutes wishing that one of the show’s resident experts could show me how to cut matchsticks to the right size to keep my eyelids open.”
John Crace, The Guardian

“Three teams of professional chefs were racing to make inedible patisserie against ludicrous time limits for judges who barely spoke English. There is nothing to like about this show whatever.”
Christopher Stevens, Daily Mail