“There was so much footage of Worsley it was unnerving. But her passion for the subject matter was utterly charming.” 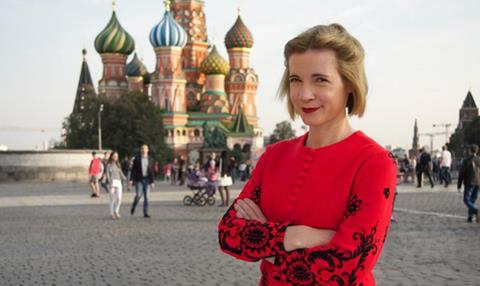 Empire of the Tsars: Romanov Russia With Lucy Worsley, BBC4

“This was an interesting trip down history lane but a slightly oddly shot one. There was so much footage of Worsley it was unnerving. But her passion for the subject matter was utterly charming.”
Amy Burns, The Independent

“Worsley is a serious historian and she told the story with great clarity, referring to art history when it was useful and correcting it when it was misleading. Why, then, do Worsley’s programmes often leave me feeling that for her it is just as much about the dressing up and showing off? Because she is always dressing up and showing off, that’s why.”
Andrew Billen, The Times

“It’s easy to chuckle at this exuberant, child-like presenter when she gets over-excited with the fancy dress, but in the end that’s why her shows are generally such fun: they make us smile. Empire Of The Tsars was far too staid. That isn’t what we want from Dr Lucy. This could have thrown fascinating light on War And Peace, but instead it was more like a dull DVD extra.”
Christopher Stevens, Daily Mail

“There were no ‘talking heads’. Only men and women directly involved in these events earned a say. The result was an unusually grounded, deeply disturbing, movingly human response to what had transpired.”
Gerard O’Donovan, The Telegraph

“You might think you knew everything there was to know about the massacre. But you won’t have seen it like this, the timeline filled in meticulously, and in such extraordinary detail.”
Sam Wollaston, The Guardian

“It was scratchy and painful to watch, like a label chafing your neck at a party you were trying to enjoy. Rather than dispatching Marty Portas, perhaps they should have sent TV property gurus Kirstie Allsopp and Phil Spencer round to help Janet and Graham sell up and move.”
Matt Baylis, Daily Express

“Mary’s solution was to send the couple on a training course — as waiters, aboard the Orient Express. At this point, the show parted all contact with reality. Sometimes, real life is too deliriously strange for television to cope with it.”
Christopher Stevens, Daily Mail

Trust Me I’m a Doctor, BBC2

“This was, in many ways, extremely lazy television. Some of the volunteers were so lacklustre they didn’t deserve the airtime. Even Mosley’s over-the-top cheering couldn’t raise a smile. And footage of ‘simple household exercises’ – including violently swinging a laundry basket around, lunging while vacuuming and squatting while brushing your teeth – was just bonkers.”
Amy Burns, The Independent