“Gok Wan did a similar thing recently. But this has more chopped spring onions and fewer histrionics and tears, tantrums and OMG-ing.” Read on for the verdict on last night’s TV. 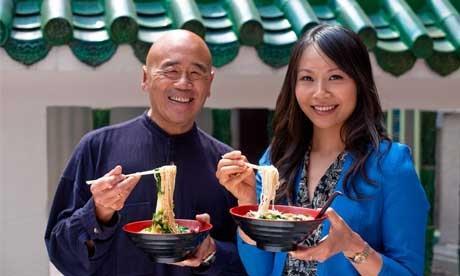 “Gok Wan did a similar thing recently. But this has more chopped spring onions and fewer histrionics and tears, tantrums and OMG-ing.”
Sam Wollaston, The Guardian

“An appealing mixture: a little nibble at the kind of Chinese cookery you might try at home interspersed with experts doing things you definitely won’t.”
Tom Sutcliffe, The Independent

“The Simpsons perhaps doesn’t deliver as often as it once did. But it still can, after all this time.”
Sam Wollaston, The Guardian

“Any film about London Zoo has to compete with memories of Molly Dineen’s masterful series The Ark, and almost always comes off worst. But if you’re just after engaging animals and their besotted keepers it does the job well enough.”
Tom Sutcliffe, The Independent

“It has been lovely. Maybe lovely isn’t the right word for something about what goes on in the jungle after the sun goes down.”
Sam Wollaston, The Guardian

“While this, with its syrupy musical interludes and soapy, social-workery narration by Jane How, would not be the tribute I would wish for my daughter, I trust Kevin and Nicola Wells were happy enough with what they saw on Friday night.”
Andrew Billen, The Times