“A fascinating bit of subculture tourism.” 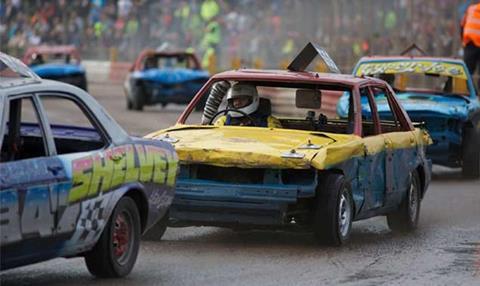 “The past-it vehicles spinning around an abandoned Essex cement works were really just the backdrop to a fascinating bit of subculture tourism.”
Matt Baylis, Daily Express

“Banger racing is barbaric but through the gentle power of observation we were prevented from questioning its ghastliness and merely staring open-mouthed at the wreckage.”
Ben Lawrence, The Telegraph

“It would be nice to think this kind of risk-taking among the nation’s males was on the way out, possibly even bred out by death and natural selection.”
Andrew Billen, The Times

“The battle round just takes far too long. Two hours and ten minutes is more than enough time for the earnest thank-yous to sound clichéd, for the hysterical meltdowns to get old hat and for the paucity of will.i.am’s vocabulary to become apparent.”
Ellen E Jones, The Independent

“Could even the sainted Kylie be losing a little of her lustre? No, of course not – but the Aussie icon and the equally engaging Emma Willis are fast becoming the only non-competitors with anything worthwhile to contribute, as Sir Tom and will.i.am edge further into self-parody and Ricky Wilson struggles to articulate his feelings beyond well-worn clichés.”
Gabriel Tate, The Telegraph

“The Musketeers has been miserably static for weeks, despite all the whirling, slashing swordfights and endless gunpowder explosions. If the scriptwriters are trying to convey a real sense of history, they are choosing the wrong bits.”
Christopher Stevens, Daily Mail

“The Musketeers may have 17th-century historians howling but it’s the contemporary detail that keeps it from looking plain silly. Had we not had last night’s papal plot, with an envoy sent to bump of Cardinal Richelieu with a poison-soaked holy relic, what would have remained? Not much but beards and swordfights.”
Matt Baylis, Daily Express

“It’s puerile, it’s silly, it’s schoolboy-pranksy and it’s probably morally wrong too. But it is undeniably funny I’m afraid. You know when you go and see your team play, and they’re beaten, which is bad enough, but the other side – the enemy – plays such a blinder that you’re forced to applaud, begrudgingly, even though you hate them? That.”
Sam Wollaston, The Guardian