“I just wonder whether, had Channel 4 been a profit-making entity it would have stuck with it.” 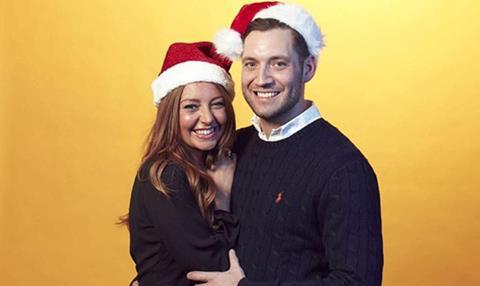 “It is always a moment when a dating show gets its first couple hitched….I just wonder whether, had Channel 4 been a profit-making entity, as is now being considered, it would have stuck with it.”
Andrew Billen, The Times

“If you have yet to be delighted by its brightly lit charms, it’s the perfect observational dating show.. I know it’s a TV show, but the vicarious joy is there for the harvesting and quite, quite irresistible.”
Julia Raeside, The Guardian

“This was the 15th iteration of The Nation’s Favourite… and, like previous surveys of songs by Queen, Abba, the Beatles et al, the result was effectively meaningless….This was more A View to a Kill than Goldfinger: a bit of a mess, pretty daft, but still a lot of fun.”
Gabriel Tate, The Telegraph

Christmas on the Poverty Line, Channel 5

“Is it possible for a country to feel proud of those of its citizens “on benefits” as the ugly phrase goes? Yes, if Christmas on the Poverty Line, an account of families at the bottom of Britain’s Christmas pile, is anything to go by….I would like to think that this show is a sign that the media demonisation of the poor might be easing off, but I fear this is just a Christmas truce.”
Sean O’Grady, The Independent

At times The Last Panthers looked so real it felt like a documentary. At others, the dialogue, at least in subtitle, was over-emphatic…. In the end the grit got into the plot’s gearbox and the momentum failed… To adapt Dr Johnson on Congreve, I would rather praise than watch The Last Panthers.”
Andrew Billen, The Times

The Secret Lives of Children at Christmas, C4

“This time, the producers had ditched any pretence at intellectualising the mayhem and given the scientists, who had watched and analysed the behaviour of the kids during the series, the night off. No matter – as pure entertainment, this still scored very highly.”
Gabriel Tate, The Telegraph

“This was a traditional cookery lesson. Paul was at his most condescending, addressing the viewers like a Blue Peter presenter…TV loves these two because of the mischievous affection between them, and this year their genuine friendship was more evident than ever.”
Christopher Stevens, Daily Mail