TV Critics: Fit to Rule; Made in Chelsea

“There is enough playfulness and zest to keep our attention for the full hour.” Read on for the verdict on last night’s TV. 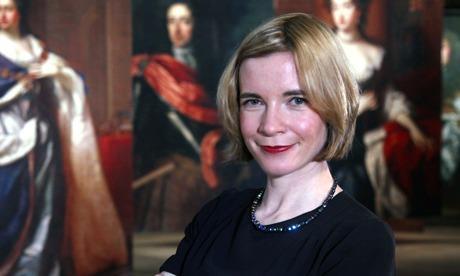 “Our monarchs’ frailties have compelled us for centuries – from Shakespeare to Hilary Mantel. Worsley tackles the subject with insightful sympathy. It is perhaps a shame that she eschews the playful dressing up in period costume that marked her earlier shows. But there is enough playfulness in her manner and zest in the history to keep our attention for the full hour.”
Sameer Rahim, The Telegraph

“On the weird eye-catching details of the past, Worsley was as fine as ever, showing us the goat’s testicle rissoles prescribed to boost Henry VIII’s fertility, the orthopaedic boots worn by a young Charles I and the secret love nest James I maintained to meet his lovers. Alas, the theory linking them together looked very weedy indeed.”
Matt Baylis, Daily Express

“The programme turned into a straightforward narrative of court history – briefly touching on the accidents of illness and bodily frailty but not really offering much in the way of medical revelation. And in some cases the definition of ‘royal illness’ seemed worryingly broad. I guess that the Jacobeans might have thought of James I’s homosexuality as a disorder, but I’m assuming Worsley doesn’t, however instrumental it was in the affairs of state.”
Tom Sutcliffe, The Independent

“Worsley aims to prove that history, rather than being about boring things like politics, is in fact, as the phrase has it, ‘about one damn thing after another’. This being the Tudors there was considerable ado about nothings, too, as first Henry, then Mary then Elizabeth failed to produce male heirs: Henry’s problem was that he was not quite the sexual athlete Jonathan Rhys Meyers might have led us to believe. Bulls testicles and goats testicles were recommended. ‘A famously lusty animal,’ explained Worsley, sounding less like a very lusty animal than like Violet Elizabeth Bott. There is something indefinably enjoyable about hearing her say words like ‘debauchery’.”
Catherine Nixey, The Times

“These are ghastly, ghastly people – vacuous, petty, dull, offensive. But there is kind of open-mouthed fascination in watching MiC. It’s about incredulity more than anything else, tinged with just a hint of jealousy and lechery.”
Sam Wollaston, The Guardian