“A Miranda for women with much to lose, but not their chains.” 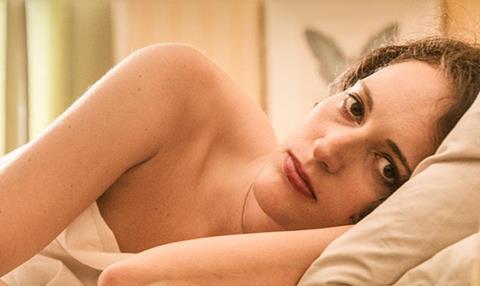 “Is eye-popping female sex comedy your sort of thing? Fleabag is a delightful new entry to the canon, and perhaps the filthiest yet. But it’s not all gross-out gags. This is also a touching sob story about dysfunction, loneliness and grief. High fives to fringe theatre for spawning this, and BBC Three for giving it further life.”
Jasper Rees, The Telegraph

“In all my years of reviewing TV programmes I’ve come across some right old rubbish but nothing has ever sunk to the level of dross that is Fleabag. What possessed the BBC to commission this? Charmless, clueless, unpleasant and lacking in spark or intelligence. They owe us a refund.”
Virginia Blackburn, Daily Express

“Freedom of thought is Fleabag’s empowerment just as Fleabag itself is an act of empowerment by the remarkable Phoebe Waller-Bridge, who writes and stars and makes us, despite everything, like her creation. It is a Miranda for women with much to lose, but not their chains.”
Andrew Billen, The Times

There’s Something About Rom-Coms, Channel 4

“There is a definitive documentary to be made on the history and development of romcoms – and what they say about the relationships of their eras – but, like a disappointing love affair, this was not The One.”
Emine Saner, The Guardian

“In truth, There’s Something About Romcoms amounted to little more than a clip show and one that got soppier, more self-congratulatory and random as it went on. But as a reminder of happy cinema-going past, and as a welcome break from the sport and various dusty repeats, it certainly delivered some enjoyable moments.”
Gerard O’Donovan, The Telegraph

“These programmes, which essentially consist of a list embellished with anecdotes, can sometimes feel like television created on the cheap but all credit to the makers, who got a real A-list to give their take on it all.”
Virginia Blackburn, Daily Express