“It was not shocking, but it was full of interesting points.” 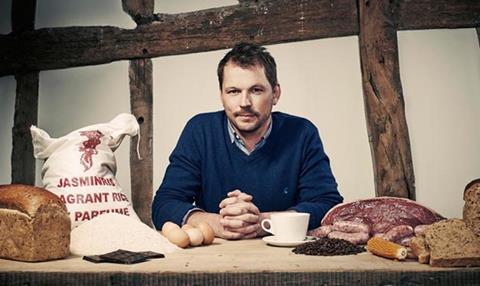 “Jimmy Doherty’s research took him to ‘the bread basket of the world’ in Kansas, the paddy fields of India and the cocoa plantations of Ghana, but always, pointlessly, began with a round of vox pops on the streets of London. Naturally, white van man was unable to provide much insight into the vagaries of the international commodities market.”
Ellen E Jones, The Independent

“Like most food programmes that don’t involve cooking, this one gorged us on statistics. It’s hard to keep up after a while. The narration became a drone of numbers, but the pictures were absorbing.”
Christopher Stevens, Daily Mail

“As Jimmy Doherty reported in the excellent Food Prices: The Shocking Truth, we’re spending more on basic foodstuffs even as we have less real income. All this was fascinating.”
Stuart Jeffries, The Guardian

“If you’re going to make a programme with such a title, make sure it contains something shocking. Last night’s offering, presented by the ever-able Jimmy Doherty, was not shocking, but it was full of interesting points.”
Matt Baylis, Daily Express

“It was a little hard to work out was the shocking truth was in Channel 4’s Food Prices: The Shocking Truth. It may have been the first fact farmer-presented Jimmy Goherty served us, that weekly food bills have risen by almost a quarter in six years. Or the second: the age of cheap food is over.”
Andrew Billen, The Times

“The programme suffered a fatal flaw right from the get-go: Jessen clearly had no desire to be ‘cured’. What Jessen did not do was to find the most reputable American conversion therapist that he could, and then embark on a sober course of therapy, actively trying to change his sexuality. That would have been the only journalistically valid way to fulfil the programme’s title.”
Neil Midgley, The Telegraph

“Louis Theroux would have loved this for a subject. Unlike Theroux, Jessen is gay, and that rather determined the tone of the programme. Theroux would have been more amused than outraged. Jessen was more outraged, and much more distressed.”
Andrew Billen, The Times

“Dr Jessen unsurprisingly emerged from this investigation as gay as he went in. It was hardly a balanced programme, but then when did stupid deserve a fair hearing?”
Stuart Jeffries, The Guardian