TV Critics: For Richer, for Poorer; Wellington; The Enfield Haunting; Grace and Frankie

“This documentary went beyond the cheesy war-of-the sexes format in favour of genuine insights.” 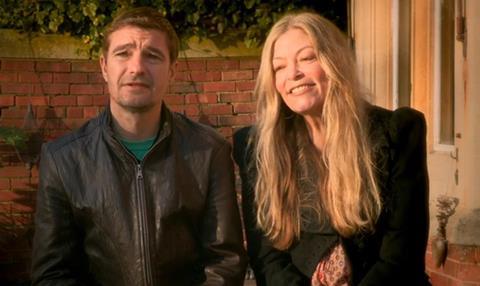 “This was like being on a splendid human safari as lumbering pachyderms and feral felines paraded past your sofa.”
Jasper Rees, The Telegraph

“There were a few cutaways of husbands casting bewildered looks to camera or wives rolling their eyes in despair, but for the most part this documentary went beyond the cheesy war-of-the sexes format in favour of genuine insights into the workings of working relationships.”
Ellen E Jones, The Independent

“A whimsical documentary that combined business and relationship problems. If the Dragons’ Den gurus decided to become agony aunts, their show might look like this.”
Christopher Stevens, Daily Mail

“Pioneered by Signs of the Times back in the early Nineties, there is no television interviewing technique more revealing than to film a couple on a sofa talking about their marriage or, in this case, their marriage and their business.”
Andrew Billen, The Times

“This talking-heads history was a useful primer for anyone not steeped in the biographies, brought alive by the lively Regency prose of the Duke’s catty female companions.”
Jasper Rees, The Telegraph

“I wouldn’t say the Iron Duke came out of this film seeming any nicer but he certainly emerged a lot more flesh and blood than metal.”
Matt Baylis, Daily Express

“Do you believe in ghosts? If you do, The Enfield Haunting is an outstanding chiller, beautifully directed and packed with big scares and superb performances. If you don’t, it becomes perhaps even more interesting as a study of broken families and collective hysteria.”
Julia Raeside, The Guardian

“The scares work nicely and the balance between what could be real and what is imagined in the characters’ heads is handled well. However, it’s the moments when the ghosts become definitively ‘real’ that are the most troubling. This, for me, robs us of the tantalising prospect that this is a brilliant hoax, rather than a drab ghost story.”
Chris Bennion, The Independent

“Grace and Frankie deserves some attention simply because it puts two seventysomething women front and centre 23 years after The Golden Girls aired its final episode. The set-up also provides lots of room for emotional truth, but unfortunately the humour here too often descended into cheap, mildly homophobic gags.”
Ellen E Jones, The Independent

“It’s lighthearted in celebrating the continued vigour of people in the later years of their lives, addressing their concerns without reducing its characters to fumbling old biddies with a lost sense of purpose, and the excellent leads bring life and plausibility to a story that might otherwise have fallen flat.”
Sarah Carson, The Telegraph