TV Critics: Fortitude; The Vikings Are Coming; The Mega Brothel

“Wilful obscurantism is not unheard of when setting up a mystery drama, but Fortitude is all cloak and very little dagger.” 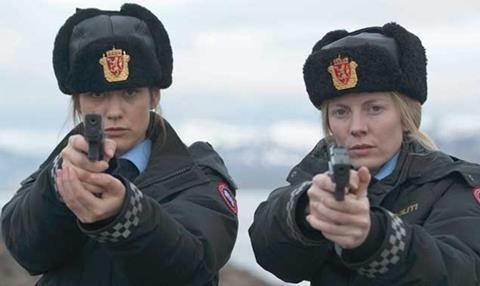 “Was Fortitude put together in some sort of box-ticking laboratory? It felt like everything possible had been thrown at this drama by multiple directors and writers. There’s incentive enough to hang around in the frozen north for another episode or two. But it needs sharper focus or there may be an epidemic of cold feet.”
Jasper Rees, The Telegraph

“With such a large cast and so many plot strands, scenes yesterday rarely lasted even 90 seconds, not enough time to reveal enough story or character. Wilful obscurantism is not unheard of when setting up a mystery drama, but Fortitude is all cloak and very little dagger.”
Andrew Billen, The Times

“It looks like a British attempt to muscle in on territories already occupied by Americans and Scandinavians. Great original drama requires more than a big budget, stars, a great look, a fashionable, chilly location, advertising, stunts and polar bears on the tube.”
Sam Wollaston, The Guardian

“Happily, and contrary to early indications, Sky Atlantic has not attempted a straight Nordic noir homage. Instead, Fortitude has more in common with those snowbound horror flicks (The Thing, 30 Days of Night, Let the Right One In) that rely on the cold climate to deliver to the audience a particularly nasty chill.”
Ellen E Jones, The Independent

Behind the Scenes: Fortitude

“Sue Bourne’s one-off film took an interesting statistic and turned it into an intimate study of five women en route to motherhood. The only downside to Bourne’s approach was how it rendered the male experience peripheral. In documentary, as in life, perhaps, but those donors we did glimpse were intriguing enough to warrant further exploration.”
Ellen E Jones, The Independent

“What a disappointment. Sue Bourne’s film soon turned into another sympathetic, even sentimental account of childless women trying to become pregnant. We have, surely, been watching such pregnancy-test money-shot documentaries for 25 years.”
Andrew Billen, The Times

“Bourne relied too much on video diaries shot by the participants on laptops and phones: there’s only so many shots of shoes and upside-down footage you can watch before your eyes start to hurt.”
Christopher Stevens, Daily Mail

“This moving documentary is human – very human. Well, there’s nothing more human than an urge to procreate, and not much sadder or more desperate than when it doesn’t happen.”
Sam Wollaston, The Guardian

“As ever with documentaries about the ticking clock, much of what unfolded was intensely moving. As a pregnancy test kit spelt out the cruel news, Bourne leaned into shot to hug her grieving subject. It was that kind of film, longer on empathy than tough questioning.”
Jasper Rees, The Telegraph

“This was a worthwhile, illuminating documentary that would have been better had it explored the experiences of more of the sex workers making a living in Paradise.”
Gerard O’Donovan, The Telegraph