TV Critics: Fresh Meat; The Choir: Sing While You Work

“It’s sticky and smelly, spunky and puerile.” Read on for the verdict on last night’s TV. 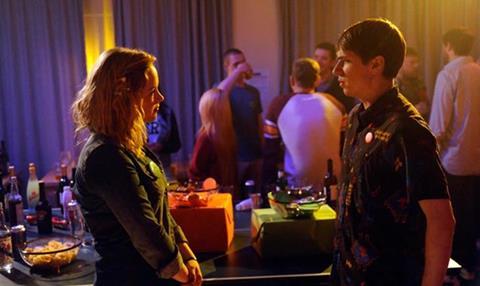 “It’s sticky and smelly, spunky and puerile. There’s not much in the way of story, so it has no right to work over an hour. But it does, somehow. Well, I do know how: by being very funny about the funniest – and most tragic – time.”
Sam Wollaston, The Guardian

“As I watched Kingsley wearing his stupid hat indoors, or listened to Vod’s absurd paean to cocaine, it was hard to force my muscles to uncringe from suppressed recollection of morons I have known.”
Adrian Michaels, The Telegraph

“Belly laughs, smiles of recognition, squirms of disbelief, sighs of sadness. Where many dramadies patchily achieve between one and three of these, it’s rare to collect the full set. This does, seemingly effortlessly.”
Alex Hardy, The Times

“These stories were all real, painful growing-up dramas, told with such honesty and compassion that you sometimes wished this wasn’t a sitcom with all those gags getting in the way.”
Matt Baylis, Daily Express

“As you’d expect from the writers of Peep Show, it’s still very funny, but they do play favourites. JP had all the best lines this episode, leaving new housemate Candice a little underwritten by comparison.”
Ellen E Jones, The Independent

“Gareth is amazing, and inspiring. But he’s also a teeny bit irritating, in a goody-two-shoes, goody-yellow-trousers kind of way… He takes them up the White Cliffs of Dover, they loosen up, open up and start to sing, with joy in their hearts, for Albion, and for P&O. It’s stirring, and moving, and beautiful.”
Sam Wollaston, The Guardian

“If the show had been just a toffee-nosed choirmaster holding auditions for mediocre amateurs, it would have been awful. But the programme wasn’t like that at all: it worked because Malone and P&O were stuffed with humanity, touchingly modest ambition and the contagious joy of music-making.”
Adrian Michaels, The Telegraph

“It was intriguing to see the merchant navy’s hierarchies turned upside-down: a ship’s captain sang bass alongside a galley cook and his brother, the quartermaster, while the lad who served coffees performed a duet with a stewardess.”
Christopher Stevens, Daily Mail

“Individually, none of the choir members would make it to the stage in a Wetherspoon’s karaoke competition, yet, together, they can transform a cheesy disco number into something almost sacred.”
Ellen E Jones, The Independent