TV Critics: From Darkness; The Kennedys

“A well-acted, beefy crime drama as traditional as a Sunday roast.” 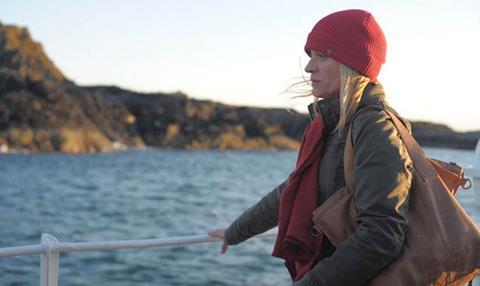 “Shot in the obligatory washed-out greys of the Nordic crime cult this series penned by Kate Baxendale isn’t trying to pull off anything new. What it does pull off, on first impressions, is a well-acted, beefy crime drama as traditional as a Sunday roast.”
Matt Baylis, Daily Express

“From Darkness is intriguing. I want to know what happened, and what will happen. It’s well performed. I’m going to drop the D-bomb, though – D for derivative. It doesn’t have a strong enough personality of its own. Not yet, anyway.”
Sam Wollaston, The Guardian

“Anne-Marie Duff is never less than compelling, but when viewers feel they’ve been this way before, both plot and characters need to work twice as hard to distract from the whiff of a familiar concept.”
Jasper Rees, The Telegraph

“The opening minutes were so familiar that it was hard not to yawn in a seen-it-all-before despair. Luckily the show had a few aces up its sleeve The first was casting. The second was its well-placed plotline. The third and final ace was the case itself.”
Sarah Hughes, The Independent

“From Darkness was so mired in familiar tropes it was more nostalgic than Cider with Rosie. My guess is Lynda La Plante did it, back in 1991.”
Andrew Billen, The Times

“The theme was as black as molten tar, with endless shots of dead women bound and gagged. The picture couldn’t have been any blacker with a bin-bag over the screen. At least that would have hidden the images of Manchester at its most miserable.”
Christopher Stevens, Daily Mail

“I was up for a laugh at an aspirational stab at a dinner party in Stevenage — even if it did not amount to Abigail’s Party — but this rendition, with its chair-height gag, a topless guest with period chest hair and burnt macaroni lasagne, was so crude it failed even to hit its outsized class targets.”
Andrew Billen, The Times

“The series was mired in a bunch of Seventies clichés from the over-sexed neighbour next door to the general mystification about the concept of pasta that’s not in a tin.’”
Sarah Hughes, The Independent