TV Critics: From There to Here; Letters from D-Day; Louie 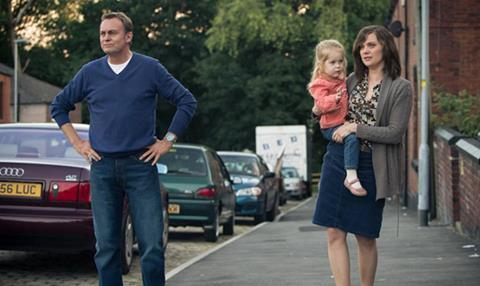 From There to Here, BBC1

“If it didn’t quite pull off the state-of-the-nation portrait it set out to do, the series functioned beautifully as a funny, warm and moving family drama full of brilliantly written and realised characters that left you feeling better about life in general, and television in particular.”
Lucy Mangan, The Guardian

“The concluding episode couldn’t quite carry off the sudden, gear-stripping downshift from farce to existential navel-gazing as Daniel’s relationships with his wife and his lover Joanne disintegrated.”
Gerard O’Donovan, The Telegraph

“It was entertaining enough, even funny. What did it all mean, though? I think, given all the talk of private finance initiatives, a political fable was being attempted by writer Peter Bowker.”
Andrew Billen, The Times

If I Don’t Come Home – Letters from D-Day, ITV

“It was a simple idea that brought an original, emotionally engaging hook to a TV subject area currently in danger of becoming swamped.”
Gerard O’Donovan, The Telegraph

“Letters from D-Day was, as you might expect, a three-sofa job. That’s like a three-hanky job, but you sob directly into the sofa to save time.”
Lucy Mangan, The Guardian

“Clips of wartime footage helped us to glimpse what the Allied troops were going through during the biggest military operation in history, but all it took to bring any audience to tears were the words on the page.”
Christopher Stevens, Daily Mail

“Letters from D-Day permitted us a glimpse inside this most private corner of a public event, surprising us at times with the cool-headedness and clarity of the letter writers.”
Matt Baylis, Daily Express

“Louie takes the Seinfeld concept of ‘a show about nothing’, but pushes it to new extremes. Not only is there no series plot to speak of, or any formal jokes, there are barely any laughs, either. So Louie is definitely not a sitcom, but whatever it is, it’s strangely riveting.”
Ellen E Jones, The Independent