“It was an important insight into the very complex situation the world is facing.” 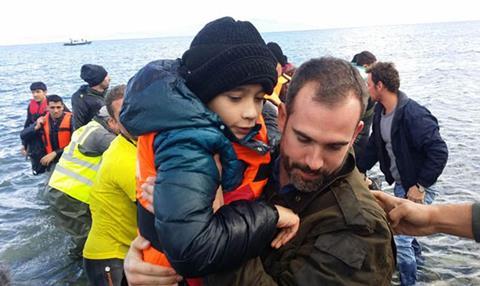 “It wisely refused to engage with the wider geopolitical issues at stake – nothing, at this point, could be much less helpful than half-baked platitudes, however well-intentioned they might be. Instead, the two doctors simply showed us what they saw. All in all, it was desperately dispiriting viewing. But it was essential viewing too.”
Phil Harrison, The Telegraph

“Providing they stick to shallow documentaries, investigating fad diets and binge drinking, there’s not much harm in the Van Tullekens. But it was distasteful to see them posturing with refugees in Frontline Doctors: Winter Migrant Crisis. The BBC is shamelessly manipulating the emotions of viewers, without offering real context.”
Christopher Stevens, Daily Mail

“Their journey brought to bear the wretchedness of the personal crises within the crisis as much as any news report I’ve seen. The situation is clearly far more complex than an hour of BBC compassion could encompass. Yet, as the EU bangs its head against a wall in Brussels, this made its point with clarity.”
Andrew Billen, The Times

“Identical twins Chris and Xand Van Tulleken put it all together for viewers very effectively here and the result was an eye-opening hour, mostly as bleak-feeling as the leaden grey skies over the camps and checkpoints they visited – but it was an important insight into the very complex situation the world is facing.”
Sally Newall, The Independent

“The overall picture is as bleak and unforgiving as the weather. The doctors are good guides, naturally articulate enough to describe what we see and how they feel without being overschooled in the affectless media soundbitery that habitually interferes with both presenters’ and viewers’ responses to the stories being told.”
Lucy Mangan, The Guardian

“This Farming Life might not get everyone going, but I found the first hour of this observational documentary quietly fascinating – and a good advert for rugged Scottish countryside. It was like an episode of Country File but with the most interesting subjects given free rein, without interruptions from peppy presenters.”
Sally Newall, The Independent

“It is clearly not an easy life – although the programme does tend to err on the bucolic side – but it is a rational one and Lewis looks, against the horrors playing out elsewhere, like a very Eden.”
Lucy Managan, The Guardian

“This Farming Life, like the recent documentary Addicted To Sheep, celebrates farmers, farms and farming, without going all Darling Buds Of May on us. If their farming life was one of cowpats, debt and pestilence, then they all looked pleased to be living it.”
Matt Baylis, Daily Express

“Our heartstrings were being tugged in Vet On The Hill. There was a cat that cooed like a pigeon, an elderly chihuahua who needed diabetes jabs, and a one-eyed hedgehog. It’s all designed to reduce us to sniffling jellies, of course. But at least this is honest-to-goodness manipulation.”
Christopher Stevens, Daily Mail

“Watching him handle tiny rabbits, distressed dogs and elderly cats, it was clear vet Scott Miller had a deep love of animal life. Crucially, though, he seemed to feel the same about people.”
Matt Baylis, Daily Express