“It’s bold and brave…especially because it was made in Germany.” 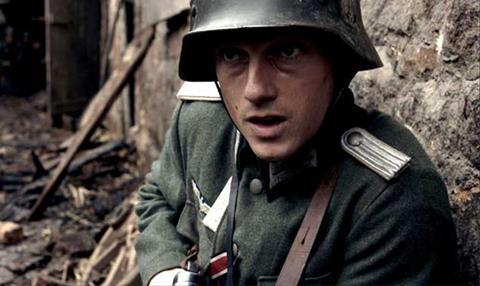 “Seeing the war from the other side may be controversial but, in this case, it was sensitively done and brilliantly acted. The battle-scenes were particularly harrowing and showed that when it comes to bullets and spilt blood, your enemy suffers as much as the next man.”
Christopher Stevens, Daily Mail

“The drama has the narrative ease of The Crimson Field. With the exception of some powerful monochrome snow scenes, it looks like an American mini-series. The best thing than can be said about it is that if Germany is now prepared to make bad art about the war, something great may one day follow.”
Andrew Billen, The Times

“It’s bold and brave – both in itself, and especially because it was made in Germany. It almost certainly wouldn’t have been until recently and shows a confidence to confront the past. Any later, though and it would have been, if not too late, then certainly less meaningful and less powerful.”
Sam Wollaston, The Guardian

“It was so overstretched and the story could easily have been wrapped up in half the time. If they’d just cut the scenes of Vera saying ‘so who could it have been?’ they’d have saved 15 minutes. I’ve no idea what the final death toll will be by the end of the series, but a good few viewers will, like me, have lost the will to live last night.”
Christopher Stevens, Daily Mail

“Really though, this is a show that isn’t about the war. It’s a great vehicle for the BBC to showcase it’s ability to put on a sumptuous costume drama, ramp up the emotion through setting and romanticise any element they can lay their hands on. It makes for great Sunday evening TV, even if - like Miles - you’d rather be in the bath reading Tarzan.”
Rose Buchanan, The Independent

“It is weird-lite, as opposed to True Detective, which was weird full-cal — but last night’s second episode overquirked the quirkiness. Just as bad, the makers seem petrified we may not follow their simple enough plot and plant reminders of how many people have been murdered, etc, in the dialogue.”
Andrew Billen, The Times

“It’s a perfect joy, and it’s a good while since I set my digibox thing to “record whole series”, but this promises phenomenally much, not least a bit more show.”
Euan Ferguson, The Guardian