“The star-struck presenters became blithering nine-year-olds in the presence of their idols.” 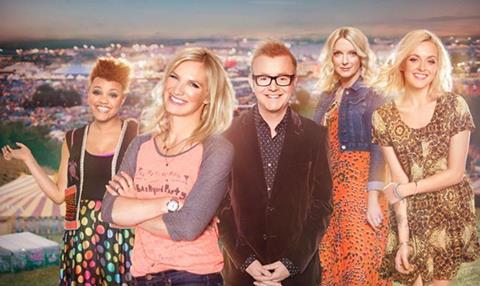 “Those us of us not actually there had to cope with the living, breathing nightmare that is the BBC Glastonbury presenter. If Lauren Laverne was shallow, Greg James and Gemma Cairney were close to unbearable. I kept hoping Cairney was off her face on something because there was no other excuse for her wild-eyed, in-your-face airheadedness.”
Chris Harvey, The Telegraph

“The coverage wasn’t a complete washout. Raw performances by acts such as Jess Glynne were diamonds glittering in the mud. Otherwise, most entertainment was to be had from the star-struck presenters, who became blithering nine-year-olds in the presence of their idols.”
Christopher Stevens, Daily Mail

The New York Review of Books: a 50-Year Argument, BBC4

“The New York Review of Books was never just about books and nor was the film. It took in women’s liberation, race, domestic politics and conflicts from Vietnam to the ‘War on Terror’. But as per the intention of its original founders, the magazine – and the film it inspired – never failed to be interesting.”
Ellen E Jones, The Independent

“The irony was that the magazine was being praised for its unyielding quest for the truth in all its complexity. Yet the film about the magazine didn’t question its subject at all. Still, if you’re going to do a puff piece, having voices of the calibre of Colm Tóibín, Susan Sontag and Joan Didion doing the puffing makes it just about forgivable.”
Benji Wilson, The Telegraph

Imagine… Monty Python: And Now for Something Rather Similar, BBC1

“The film unearthed something that as a Python fan was depressing, though it made for a poignant piece of television – this was a portrait of five old men with a shared past that they’ve all been trying to escape from, coming to terms with the fact that they can’t.”
Benji Wilson, The Telegraph

“And Now For Something Rather Similar was unbalanced, piecemeal and amateurish — par for the course with Yentob’s recent documentaries for the Imagine series.”
Christopher Stevens, Daily Mail