“You did not need to share Broomfield’s nostalgia to admire these two sad, belligerent portraits of communities that were allowed to die.” 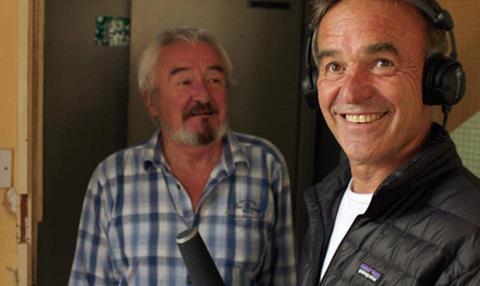 “Broomfield’s pair of films were a eulogy to two spaces that were no just buildings, but backdrops for history. They also provided us with a rare glimpse into the film-maker’s own life, passions and early work. He’s more than just a big furry microphone.”
Matt Baylis, Daily Express

“Both are fine old buildings, if you like 19th-century gigantism, but it was hard to see an immediate use for either. The reason for Broomfield’s attachment was clear. You did not, however, need to share his nostalgia to admire these two sad, belligerent portraits of communities that were allowed to die.”
Andrew Billen, The Times

“It’s not just about the neoclassical splendour and ornate ceilings, it’s about the ghostly echoes of happier times – Irish dancing in Liverpool, blokey trading, then later gigging and raving in Cardiff. Lovely. And sad.”
Sam Wollaston, The Guardian

“This one-off documentary achieved the improbable, by making me nostalgic for obsolete ways to die at home. So many were overlooked that it could easily be extended into a three-part series. Lawnmowers, freezer cabinets, stair rods, lead paints… all of them implements of mass destruction. It’s a marvel any of us survived.”
Christopher Stevens, Daily Mail

“The dangers were not unknown, it just took enough people dying as a result of them for them to be engineered out. But that is not the only point of this show. In a way, the accidents are a handy route to discussing the changing history of domestic life. It’s really a weirdly angled history of progress – of the nasty things it brings with it.”
Matt Baylis, Daily Express

The Making Of An Ice Princess, BBC2

“The Making of an Ice Princess was an unsparing portrait of the cost, financial but also emotional, of chasing a child’s distant dream. It could have been about young musicians or swimmers or any solitary pursuit that essentially terminate childhood. Instead it focused on three pubescent ice skaters putting themselves and all around them through years of hell.”
Jasper Rees, The Telegraph

“Lily’s family never ate out or took holidays, and still her parents were in debt up to their eyebrows, with their credit cards maxed out. If we had seen her triumph in a skating competition, this might have seemed almost worthwhile. Instead, poor Lily took a tumble in front of the judges and finished 31st out of 35. It made for uninspiring viewing.”
Christopher Stevens, Daily Mail