“Alongside the smuggery and social conscience, though, there was a message for even the most concreted-over of hearts.” Read on for the verdict on last night’s TV. 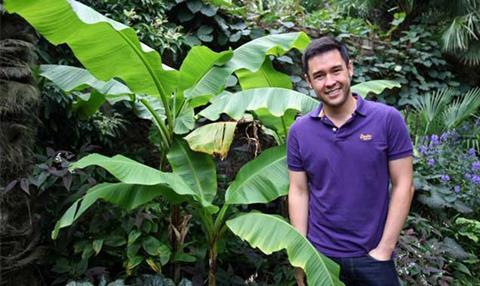 “These words of crisis, though, soon became unrelenting acts of levity, as Monty Don evangelised on behalf of wild flowers and Joe Swift on behalf of front gardens. Alongside the smuggery and social conscience, though, there was a message for even the most concreted-over of hearts.”
Alex Hardy, The Times

“Seeing Monty create a floral haven from a heap of junk and broken pottery was an entertainment, like watching the classic Blue Peter team being ingenious with used toilet rolls and sticky-backed plastic. Enthusiastic telly is always a pleasure, and this was passionate stuff.
Christopher Stevens, Daily Mail

“The story was pretty good although following it and its predecessors is increasingly difficult. With the exception of the Americans and brothel girls, most characters speak like people in a Jane Austen novel.”
Matt Baylis, Daily Express

“That clunk from intricate to crude, bleak to soapy—it’s tricky for audiences to stick with, especially at this time of year when there has been more straightforward grostequery on over at the I’m A Celebrity camp.”
Alex Hardy, The Times

“Naturally, all the shops involved denied that anything of the sort was going on, human error was invoked, but it was a pithy, punchy half-hour and hopefully got people’s scepticism glands juicing in time to protect them during the last big shopping push.”
Lucy Mangan, The Guardian