TV Critics: Handmade; The Stranger on the Bridge; The C-Word; How the Other Half Eat; VE Day

“This attempt at enforced relaxation actually had the effect of making me feel more stressed.” 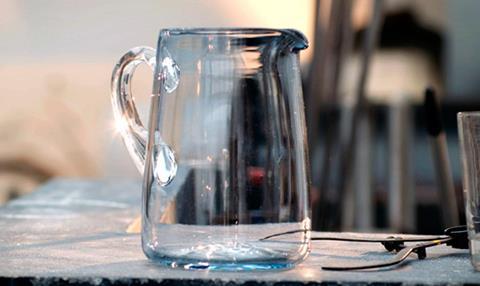 “This attempt at enforced relaxation actually had the effect of making me feel more stressed. We were meant to enjoy the ride, like a slow striptease. I just felt lost without facts to navigate by.”
Andrew Billen, The Times

“It looked exquisite but forget night of the long knives, this was a long night of the knife. Sedate to the point of self-parody, Slow TV nearly drove me to sloe gin.”
Michael Hogan, The Telegraph

“I won’t pretend I was spellbound by 27 minutes of glassworker Michael Ruh making a jug. I was, however, drawn into the whole process, which began at 6am as Ruh fired up his furnace. What followed was a strange, unexplained symphony.”
Matt Baylis, Daily Express

“It was the lack of human voices that was so refreshing and so surprising. If everyone just shuts up for a minute, you can really take in what you’re seeing and appreciate the skill, both of the craftspeople and the person behind the camera, framing one beautiful picture after another.”
Julia Raeside, The Guardian

The Stranger on the Bridge, Channel 4

“Benjamin’s documentary was important, as well as moving. Watching a documentary like this, it feels like we’re really, finally, getting somewhere with reducing the stigma surrounding mental illness, and the openness of Benjamin – and Mike (aka Neil) – has done so much to help.”
Ellen E Jones, The Independent

“Benjamin destigmatised mental illness with every stuttering, blushing encounter. When Neil walked into the room, it was an overwhelming moment but, aside from the tiniest and least showy burst of tension strings, was unsullied by heart-prodding music, telling you to cry. The tears came anyway.”
Julia Raeside, The Guardian

“Director Sam Forsdike trod so softly that some important questions were never addressed. Instead, there was dreary footage of baked beans being emptied into a pan, and tracking shots through London crowds. This was an opportunity for excellent TV wasted.”
Christopher Stevens, Daily Mail

“The C-Word was a weepy, of course, but not just a weepy. It was also a very warm, honest account of a woman enduring, and sometimes transcending, a terrible and still too common fate.”
Ellen E Jones, The Independent

“This was tough, uncompromising material but it never lost its keen edge of humanity. As drama it may have been as honest and unsentimental as Lynch herself, but it was all the more heartbreaking for that.”
Gerard O’Donovan, The Telegraph

How the Other Half Eat, Channel 4

“If you’re the type of person who peeks into other people’s supermarket trolleys and draws damning conclusions then Channel 4’s How the Other Half Eat is a treat.”
Ellen E Jones, The Independent

“We had two families who were different, but not much, and not very interestingly so. Sensing, perhaps, that the show needed oomph, someone encouraged both mothers to cry, which they both did, unconvincingly, since there wasn’t anything to cry about.”
Matt Baylis, Daily Express

“The whole 90 minutes was devoid of the quirky detail or meticulous research that makes for good retrospective TV – all we got was celebrity reminiscences. This was like getting a history degree from the University of The One Show.”
Christopher Stevens, Daily Mail

“I found this 90-minute slice of history so enjoyable. It proved that television does not abhor talking heads, as long as they are excellent heads, jolly good at talking.”
Christopher Howse, The Telegraph