“It was a very strong, very well-plotted return and Sarah Lancashire was terrific.” 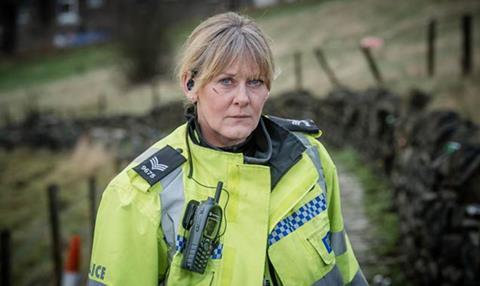 “It is refreshing and lovely to have people on television talking like people not on television. [But] just because it’s believable and human doesn’t mean it’s mundane or boring. There is still plenty going on: misery, splitting up, plus a cracking cop show, and even a few good laughs.”
Sam Wollaston, The Guardian

“The dialogue is natural, the plot is tightly written and the performances are outstanding. And the well-timed pauses make Happy Valley a stand-out drama. I can only predict great things for this second series.”
Daisy Wyatt, The Independent

“Second series, like second albums, are supposedly hard to pull off, but yesterday’s episode was better than its equivalent in 2014, which asked us to buy into the unlikeliest motive for a kidnapping ever: school fees. It was a very strong, very well-plotted return and, as Catherine, Sarah Lancashire was terrific.”
Andrew Billen, The Times

“Comeback series of acclaimed crime dramas have tended to disappoint recently. ITV’s Broadchurch and HBO import True Detective both suffered disastrous cases of second series syndrome. Would Happy Valley fall victim to the same drop-off in quality? On the evidence of this superlative opener, absolutely not.”
Michael Hogan, The Telegraph

“Creator Sally Wainwright is back blazing with confidence, and the script spills over with clever dialogue and unexpected lines.”
Christopher Stevens, Daily Mail

“The much-awaited second series began with what could have been a Northern comedy. The sequence teased us, just as the name of the show teases us. It was a masterful opening.”
Matt Baylis, Daily Express

“The Great British Benefits Handout was either the most cruelly formatted documentary yet or harbinger of a breakthrough in the welfare debate. The show was nevertheless intriguing enough to make me want to stick around.”
Andrew Billen, The Times

“The interest of this one-off documentary was blunted by the fact that three of the four case studies were American — if director Danny Beck had looked harder, he would have found more than one British example. Most of the subjects were guarded, and we sensed that large pieces of their stories were being held back.”
Christopher Stevens, Daily Mail

“It was hard to feel positive for them, although if love can survive a long stretch in jail, then I suppose hope can too.”
Matt Baylis, Daily Express

“He shows genuine interest and concern, without being cloying or worthy. He’s respectful, and they seem to appreciate it; they trust him, and respect him back. I’m going to have to rethink the Professor, who has always annoyed me for not being an actual professor.”
Sam Wollaston, The Guardian