“It was laughs as well as sheer admiration that made this such inspirational viewing.” 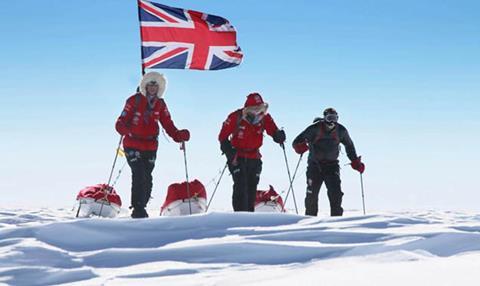 “In much the same way that princes provide punchlines in fairy tales, Prince Harry gallantly offered comic relief. But the light touch of the Prince’s presence, in this first episode of two, was not simply silly; it helped to focus the mind on the extraordinary stories of the other adventurers.”
Gaby Wood, The Telegraph

“Harry’s South Pole Heroes didn’t just make you proud — it made you laugh. It was laughter that kept them going, and laughs as well as sheer admiration that made this such inspirational viewing.”
Christopher Stevens, Daily Mail

“For this viewer, who has never risked, sacrificed or lost a single precious thing, the programme’s worth shone through in the time it spent getting to know the participants. It was a reminder that the wounds go on hurting even after the wounded flesh has gone.”
Matt Baylis, Daily Express

“Mary Beard’s address was commanding yet the setting was womb-like; her audience was amused and attentive. Taking a long view, she hoped, would get us beyond the ‘simple’ and ‘lazy’ diagnosis of misogyny. As soon as she said that, you knew her take on the matter would be unpredictable and sophisticated.”
Gaby Wood, The Telegraph

“Mary Beard would have much cause to ‘whinge, ‘screech, or ‘wail’ – or any of the female-only verbs for speech – about her own treatment, but this wasn’t that. Her suggestion that most of the abse comes from ‘people who feel let down by the false democratisation promised by Twitter’ was particularly worthy of further exploration.”
Ellen E Jones, The Independent

“The lecture is online and you should read it; so little thought was given to making the address visual, you will lose very little from not seeing her deliver it. You will, however, miss this: the attentive, amused faces of the women in the audience and the studied boredom of the men’s.”
Andrew Billen, The Times

“It had the sort of title that sounded like a lecture and it turned out to be just that. I’d normally be tempted to say that it belonged on the radio but such a comment could be interpreted by some as a male attempt to sideline women.”
Matt Baylis, Daily Express

“The first series lost its grip on me quickly. Even though the opener of series two was fun, I suspect I may drift away this season, too. It’s watchable, but there are a lot of watchable shows around, and it somehow lacks a sense of urgency.”
Rebecca Nicholson, The Guardian

“So, it’s not an HBO or a Netflix original. So, the cast list doesn’t include any marquee name movie stars slumming it between big projects. So what? The Americans still has a lot going for it, including a lovingly crafted period setting like Mad Men, all the spy thriller action of Homeland and two morally ambivalent antiheroes to The Sopranos one.”
Ellen E Jones, The Independent