TV Critics: Hawking; I'm a Celebrity; The Bible; The Paradise

‘’It offered us perhaps the only chance to know the personality behind the electronic voice and mile-high list of accolades.” Read on for the verdict on last night’s TV. 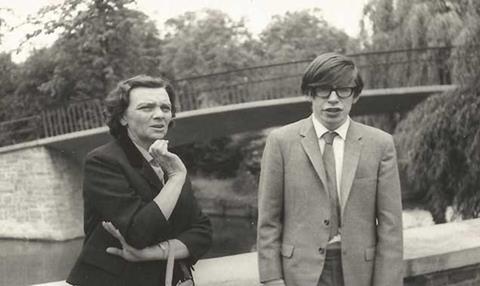 Hawking: A Brief History of Mine, C4

“It offered us perhaps the only chance to know the personality behind the electronic voice and mile-high list of accolades, revealing a character justifiably proud of his achievements and refreshingly pleased with his celebrity status.’’
Matt Baylis, Daily Express

“If you wanted to understand the science you’d be better off reading A Brief History of Time, which made him internationally famous and spent four years on the Sunday Times bestseller list. If you wanted to get to know the man, however – his humour and his motivations – this film was full of insight.”
Ellen E Jones, The Independent

“Stephen Finnigan’s fascinating film artfully splices together the three main strands of Hawking’s life; his work, his private life and motor neurone disease. And Hawking talks so well, and openly and honestly about all three.”
Sam Wollaston, The Guardian

“All these stories and characters—Samson, Samuel, Saul, Bathsheba—are so hardwired into our collective consciousness that there was something compelling about seeing them brought to life, and not just as stand-alone tales.”
Ben Machell, The Times

I’m a Celebrity… Get Me Out of Here, final, ITV

“To see all the contestants assembled for the announcement of the winner was a reminder of why this series has been watchable, despite ever worsening bush tucker trials and a strangely off colour Ant and Dec.”
Rupert Hawksley, The Telegraph

“The Paradise, which has just reached the conclusion of series two, is precisely the kind of show that could do with a little smudgy verité to make it more compelling. Like a second-hand Ford Focus or Westlife, there is nothing particularly wrong with it – it does what it’s meant to do – but it’s a bit dull.”
Benji Wilson, The Telegraph