“Another smashing BBC hour of natural history that made you gasp in delight and wonder.” Read on for the verdict on last night’s TV. 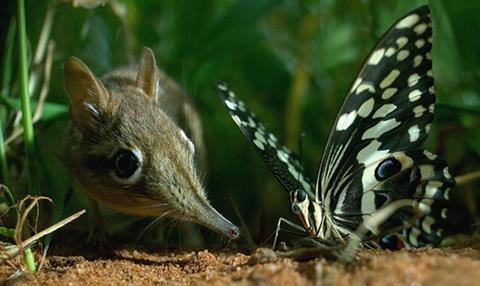 “The first episode of Hidden Kingdoms was really very clever. Sadly, it felt the need to tell us so. The final quarter of last night’s episode was devoted to explaining the tricks used in the previous 45 minutes. The decision to include this DVD-style special feature as the film’s climax ruined the magic of what preceded it.”
Tom Rowley, Daily Telegraph

“Could I be so bold as to suggest that if nature programmes feel from now on that they have to show their workings, they do so before the show proper?That way we can all start with clear consciences, uncluttered minds and settle back to enjoy what was, once you were apprised of all the facts, another smashing BBC hour of natural history that made you gasp in delight and wonder.”
Lucy Mangan, The Guardian

“The footage was so superb you couldn’t begrudge the 10 minutes at the end explaining how the whole thing was made. Astonishing creatures, captured with film-like drama and precision by a crew that not only spent hours cowering in trenches but days hanging around the rear ends of elephants in pursuit of the perfect shot of falling dung. Now there’s dedication.”
Matt Baylis, Daily Express

“The sets were artificial and the amazing encounters with lions and lizards were special effects, created with bluescreen technology. If Stephen Fry’s voiceover had been more frank about what we were watching from the start, this would not have been such a disappointment. The slow-motion film was astonishing, after all, however it was shot.”
Christopher Stevens, Daily Mail

“Tough Young Teachers follows a group of young graduates on the Teach First programme: six weeks of teacher training followed by two years’ on-the-job learning to qualify during their first placements in schools stuffed with hundreds upon hundreds of evil little scrotes hellbent on sucking every last shred of hope, decency and humanity out of them and then feasting on their desiccated remains and howling at the moon in triumph. Think Game of Thrones with playing fields.”
Lucy Mangan, The Guardian

“I feel very uneasy about the observational series Tough Young Teachers, and the platform it gave last night to a pupil to express his grievances against one of the three trainee teachers the series is following. The programme seems to me to increase the vulnerability of some very vulnerable young people, by which I mean the teachers. The documentary is also badly edited and the narrative, scattered between three schools, hard to follow.”
Andrew Billen, The Times

“The script was written by Daniel J Goor and Michael Schur, whose previous credits include Amy Poehler’s municipal workplace comedy Parks and Recreation and the US version of The Office. Like both of those shows, this was perfectly watchable and intermittently amusing, but never quite sharp enough to really trouble the funny bone.”
Ellen E Jones, The Independent

“One of Brooklyn Nine-Nine’s main strengths is that it’s easy viewing. It’s well aware of the fact it doesn’t tread new ground or defy sitcom conventions, and it’s completely OK with that. Did it deserve to win Best Comedy at the Golden Globes? Obviously not. But it’s funny, familiar and breezy: I’ll be tuning in next week.”
Patrick Smith, The Telegraph

“First episodes of any ensemble comedy are not easy and our introductions to Peralta’s colleagues clunked. The dialogue between them is snappy but lacks rapport – but then I thought the same of the first episode of Parks and Recreation.”
Andrew Billen, The Times