TV Critics: Him & Her; Utopia; Educating Yorkshire at Xmas

“Claustrophobic, grubby and as unsettling as it is funny.” Read on for the verdict on last night’s TV. 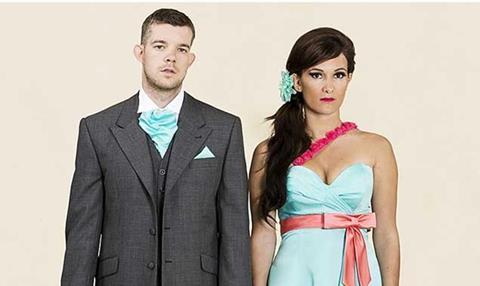 “It’s often said that Him & Her has a tremendous supporting cast, and this finale was stuffed with killer lines and hilarious slapstick moments for them all, yet it was also more obvious than ever how the relationship between Becky and Steve keeps it all anchored in emotional reality.”
Ellen E Jones, The Independent

“Claustrophobic, grubby and as unsettling as it is funny, I hope that Him & Her will be remembered as a masterwork in creating comedy with a different rhythm.”
Alex Hardy, The Times

“There were moments when watching this film felt like being smacked about with a sledgehammer. I got the point early on and the repeated flicking from the wealth and complacency of white Australia to the poverty and degradation of the Indigenous Australians became wearing.”
John Crace, The Guardian

“Utopia should have been punchy, pithy, concise. Instead, it was a piecemeal mishmash of unedited interviews and handheld camera work.”
Christopher Stevens, Daily Mail

“Nobody with a beating heart could sit through Pilger’s film and fail to share his outrage. There were times, however, when you wondered if he might have been allowing that to fuel his film-making too much.”
Matt Baylis, Daily Express

“In a nutshell it showed real people being generous, brave and resourceful, and was a timely reminder that a good school is more than just a factory for exam results.”
Pete Naughton,, Daily Telegraph

“Their most concentrated essence was again found in Mustafa, the stammerer who had a eureka moment with the help of Mr Burton and a King Speech DVD. I’ll admit to weeping at this, far more than I did at Colin Firth and co.”
Alex Hardy, The Times