“This was a marrow-chilling psychological profile. Unpleasant but essential viewing.” 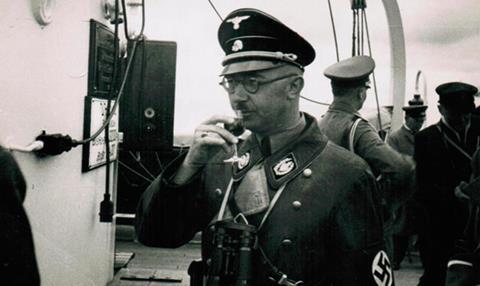 Himmler: The Decent One, BBC4

“Woven together with scholarly care, this was a marrow-chilling psychological profile of a mass murderer who escaped justice by swallowing cyanide. Unpleasant but, alas, essential viewing.”
Jasper Rees, The Telegraph

“Archive footage and the SS Reichsfuhrer’s own diaries were presented in a clumsy, amateurish muddle, without proper editing. There was no sense of what mattered and what was irrelevant. There were moments that spoke for themselves. But mostly we were left guessing.”
Christopher Stevens, Daily Mail

“Himmler: The Decent One highlighted in footage, voiceover and written words what made the regime so lastingly scary. Himmler was like us and yet not like us but it would be easier, a little, had he not been like us at all.”
Matt Baylis, Daily Express

“Alongside horrifying comments about sleeping well despite being up to his eyeballs in death squad bureaucracy, there are glimpses of mundane family life tainted by association with the regime. As a title, Himmler: Complete Bastard would have worked fine.”
Sam Wollaston, The Guardian

“There’s a lot that’s familiar about Michael Crompton’s Safe House (tormented policeman wracked with guilt about final case that went wrong, for instance), and it could do with losing some of the horror movie soundtrack at times, but it’s fingernail chewingly tense and, so far, absorbing television.”
Chris Bennion, The Independent

“Safe House is a solid, jobbing thriller that knows how to jolt. Christopher Eccleston fitted in well. Never a ray of sunshine, he does convey decency very well here as a copper with a caring bedside manner.”
Jasper Rees, The Telegraph

“There’s nothing amateurish about Safe House. The cast is strong, the landscapes impressive. It just doesn’t make very much sense. Like a bunch of gullible tourists, ITV has wasted its money.”
Christopher Stevens, Daily Mail

“This was a rich episode, not just because of the seam that Engle has uncovered — her inquires swung between science, religion, hope and magic — but also because of the way she lets things uncover themselves. Her questions give her subjects enough rope either to hang or rescue themselves on and we saw both here.”
Andrew Billen, The Times